After All He’s Done for Us 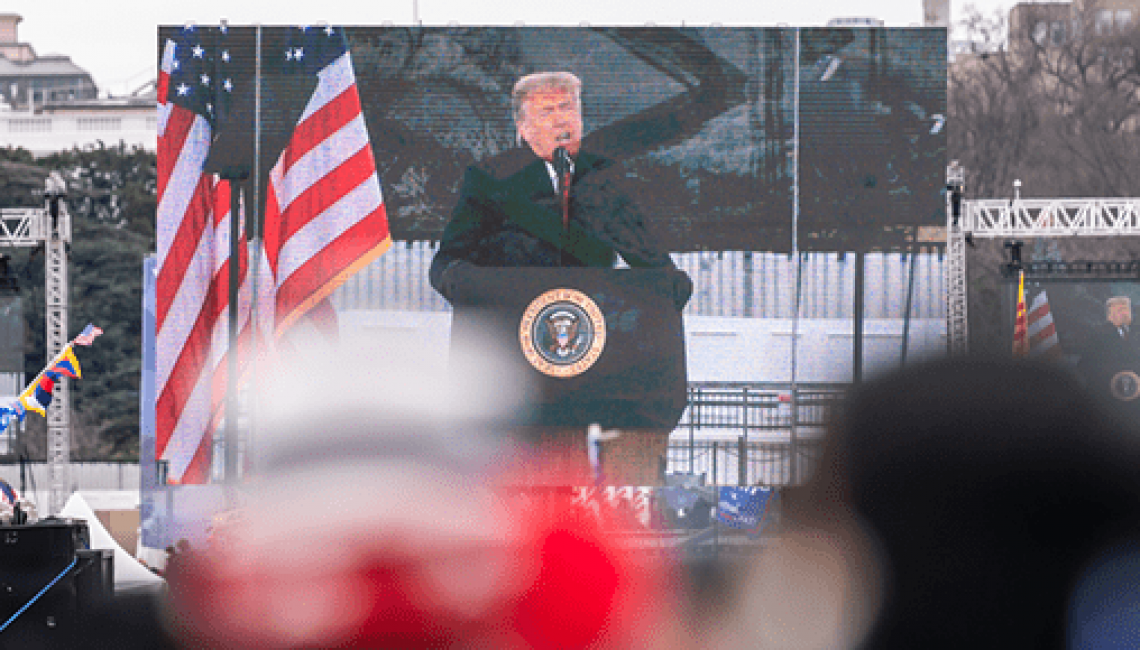 When asked why he was willing to attack the U.S. Capitol and try to overturn the 2020 election, one of Trump’s MAGA minions, a member of his private army of “Proud Boys” and “Oath Keepers,” replied “After all he’s done for us.” The sad truth is that Trump didn’t do a damn thing for those people during his presidency.  No, based on the continuing rise in economic inequality, most of the people who attacked the Capitol on January 6th fell even further behind during the Trump years. And now they’re all going to prison while he’s hanging out at Mar-a-Lago. If they broke the law they deserve to be in prison, but so does Trump.

The so-called “Trump economy,” what the former president claimed was the greatest economy in the history of the world, was only good for those at the top. Despite Republicans marketing it as a “middle class” tax cut, the 2017 tax bill was a boon to big business and the wealthy, not working people, the result being the top 10%, let alone the top 1%, getting a larger and larger share of the pie.  And Trump, the man who promised to reduce the national debt, actually increased it from $19.9 trillion to $26.9 trillion, once again debunking the myth that tax cuts increase tax revenues.  Some will argue that the excessive debt was based on the COVID response (well, maybe the last several trillion), but the Trump administration’s chaotic, incompetent response to the pandemic sure didn’t help.

The Sad Fact is, Trump’s MAGA Minions are a Bottomless Pit of Anguish and Bitterness, the Result of Their Own Failed (White) Lives.

Presumably, what Trump did for them, at least in their minds, was to take their side in the culture wars. “God guns and gays,” they call it, along with the newest member of the club, Critical Race Theory (CRT). Now that 70% of the country (Gallup) approves of gay marriage, hatred and fear of gays has been replaced by living in fear of “pedophiles” (When they’ve exhausted the ridiculous claim that “liberal elites” are all pedophiles, the MAGA Republicans will probably move on to bestiality). And why MAGAs continue to believe that Trump, one of the least devout men who ever lived, is a good Christian is a question that continues to baffle this humble spirit, although it’s seemingly related to opposing abortion rights and appointing three justices to the Supreme Court who will very probably overturn Roe v. Wade.  And guns, of course, are the biggie for these people, as seen in their ferocious defense of the Second Amendment no matter how many people die from gun violence. Sadly, as they fall further and further behind, it’s as if guns are the only thing they have left.

Once again, it reminds me all too much of when the “Cotton Kingdom” convinced poor white Southerners that the “cause” of preserving slavery was their own, that they were fighting to preserve their own freedom and liberty rather than the “slave power’s” wealth.  I used to think the Southern Confederacy was the worst example our country would ever see of “a rich man’s war and a poor man’s fight,” but I’m beginning to wonder if now Trump and his army of pitiful MAGA minions takes the prize.

January 6 Committee Chair Bennie Thompson (D-MS) began the hearing by reminding us of the historic link between social control and political extremism in the U.S., the result being a small group of people dominating the majority: “I’m from a part of the country where people justified the actions of slavery, the Ku Klux Klan, and lynching. I’m reminded of that dark history as I hear voices today trying to justify the actions of the insurrectionists on January 6, 2021.”