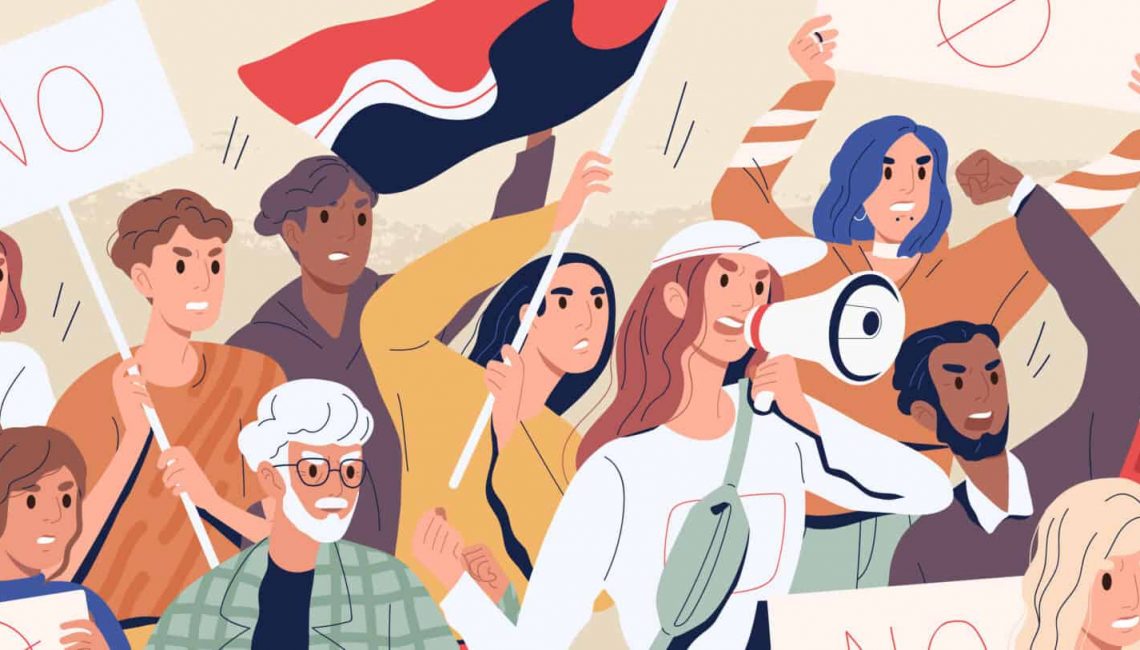 I’m not sure which came first, parents protesting mask and vaccine mandates or parents protesting Critical Race Theory, but once apolitical, nonpartisan local schoolboards are suddenly partisan and the issues causing all the ruckus are no longer local.  Schoolboards have become one more example of a country that’s gone from “all politics are local” to one in which almost all politics are national.  Now we’re driven by a single, great internal divide, our near pathological polarization that seems to grow worse every day.

In the past months I’ve said just about all I can about the self-destructive insanity driving people’s aversion to masks and vaccines, but I’m not ready to give up on Critical Race Theory (CRT).  The fundamental misunderstanding as to what CRT is and where it’s taught (maybe in law school, but certainly not in grades K-12!) has become irrelevant.  The MAGA Republicans have successfully branded any school curriculum that deals with race or the truth about our nation’s past as “Critical Race Theory,” their latest anti-American boogeyman, maybe even knocking “socialism” out of the top spot.  Consider the following remarks from Senator Josh Hawley:

We heard that we are systemically racist. You heard that once or twice? We heard that the real founding of the country wasn’t in 1776, it was in 1619 or whatever. We heard that America is founded in lies and evil. That’s what we’ve been told. All of that is false. All of that is a lie. Part of standing up to the oligarchs in tech and in the media and in the liberals is reclaiming our history and saying it is good and we are proud to be Americans. We’re proud to have lived in a country that started with nothing and became the greatest country on the face of the earth. We’re proud to be in a country that liberated slaves.

Although it’s frightening to know these are the words of a highly educated United States Senator (if we hadn’t enslaved Africans in the first place, we couldn’t have liberated them!), they serve to illustrate the ignorance, desperation, and out-and-out delusion of MAGA Republicans.  This man isn’t just revving up his audience; he sounds downright hysterical.  Hawley and those like him would rather burst at the seams than confront the lies and mythology they’ve been taught about America’s past.

Our Schools Shouldn’t Be Prohibited from Teaching the Truth.

MAGA Republicans and their right-wing media cohorts are working to convince parents all across the country that schools, supposedly using CRT, are teaching children that white people are evil and America is evil.  This isn’t true; it’s deliberate misinformation, one more big dangerous lie the MAGAs are spreading.  No child should be taught that white people are intrinsically evil or that America is an evil country, but they should understand that America’s past is not as rosy as some make it out to be.  What MAGAs call “indoctrination” by the “leftist elites” is simply long-overdue acknowledgement of the truth.

Nothing is more important to this humble spirit than knowing the truth is finally being told about America’s past, the honest story of how and why we got to where we are.  As the Confederate’s favorite poster boy, I witnessed a good deal of one of America’s saddest chapters firsthand—the greedy fraud the “Cotton Kingdom” perpetrated on the Southern people in order to take them to war against the North.  They were led to believe they were fighting for their own liberty and freedom, but they were just being used as fodder to preserve the Kingdom’s slave empire.

When speaking about white people who refused to accept equality for African Americans, James Baldwin said “We will not be free until THEY are free,” meaning that those who believe in the “Lost Cause” have to be freed from their delusions before they can shed their racist hatred.  Unfortunately, as of this writing, there is little reason to think these people have any intention of giving up their delusions.