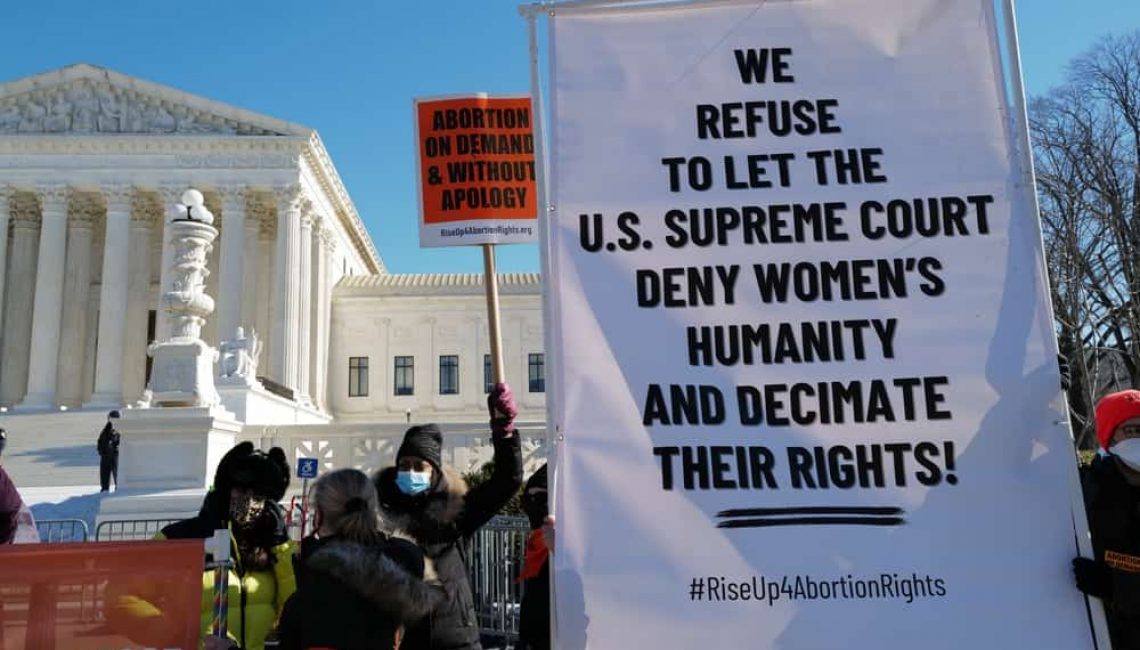 This humble spirit firmly agrees with those who contend that overturning Roe v. Wade is all about power and control, not protecting the lives of unborn children.  Like so many, I fear the leaked SCOTUS opinion portends other high court decisions assaulting freedom in America.  It sure feels like part of an authoritarian wave to me—in keeping with all too many other MAGA plans for our country.

I was alive on this earth—a nineteen-year-old cadet at West Point, to be precise—when the Dred Scott decision came down from the Supreme Court in early 1857.  The court ruled that Blacks had no rights that a white man was bound to respect, meaning that a Black person was a lesser being who could not be an American citizen, regardless if they were free.  At the time, of course, only white men served as justices on the Court, and only white men could vote.  Women and Blacks simply weren’t considered equal human beings back in my day.  It’s hard to deny that our country has made progress in that regard, but too much of our legal system is still based on the protection of white male power.

A woman’s reproductive rights may not seem like an issue that a former Confederate officer would champion, but the fact is, my life story centers around all the sick paternalistic bullshit that was the very essence of the “slave power.” I can tell you firsthand, the antebellum plantation system was based on sexual exploitation, not fatherly, caring slave owners sipping mint juleps while taking romantic strolls under their magnolias.  White slave owners took advantage of their female slaves—that is, their legal property—who had no control over their bodies or their lives.  Power and control wasn’t just a means of wealth creation for the lords of the “Cotton Kingdom,” it was an end in itself, the core of a shameless cycle whereby one nurtured and protected the other.

MAGAs Want to Turn Back the Clock on Women’s Reproductive Rights!

When I set out writing about our country’s ongoing struggle against economic inequality and racism, the pursuit of liberty and justice for all in America, I didn’t know I’d end up writing about an American president’s coup attempt, the worst example of inhuman barbarism in Europe since World War II, or the possible end to a women’s right to control her own body. Just last week I compared the MAGA’s January 6 attack on the U.S. Capitol to the Russian invasion of Ukraine, and now I need to add the attack on women’s reproductive rights into the awful mix.  With the addition of Trump’s three court appointees—Neil Gorsuch, Brent Cavanaugh, and Amy Coney Barret—we shouldn’t pretend we’re dealing with anything other than a MAGA-dominated court intent on carrying out the MAGA agenda, regardless if that agenda is increasingly at odds with the will of the American people.

Make no mistake, for MAGAs it’s all about power and control, the power to control the rest of us in any way they can, whether it be stealing elections, suppressing the vote, or rolling back women’s reproductive rights. There is nothing MAGAs fear more than the encroachment of the modern world, and nothing they’d rather do than turn the clock back fifty years on women’s rights.  These people don’t want a modern country and are happy to destroy it if that’s what it takes to fend off the many “existential threats” that consume their world view.  We’re well into the twenty-first century and these people haven’t even adjusted to the twentieth, and would probably prefer to live in the nineteenth century, which, of course, is from whence I came—and have very little desire to return.