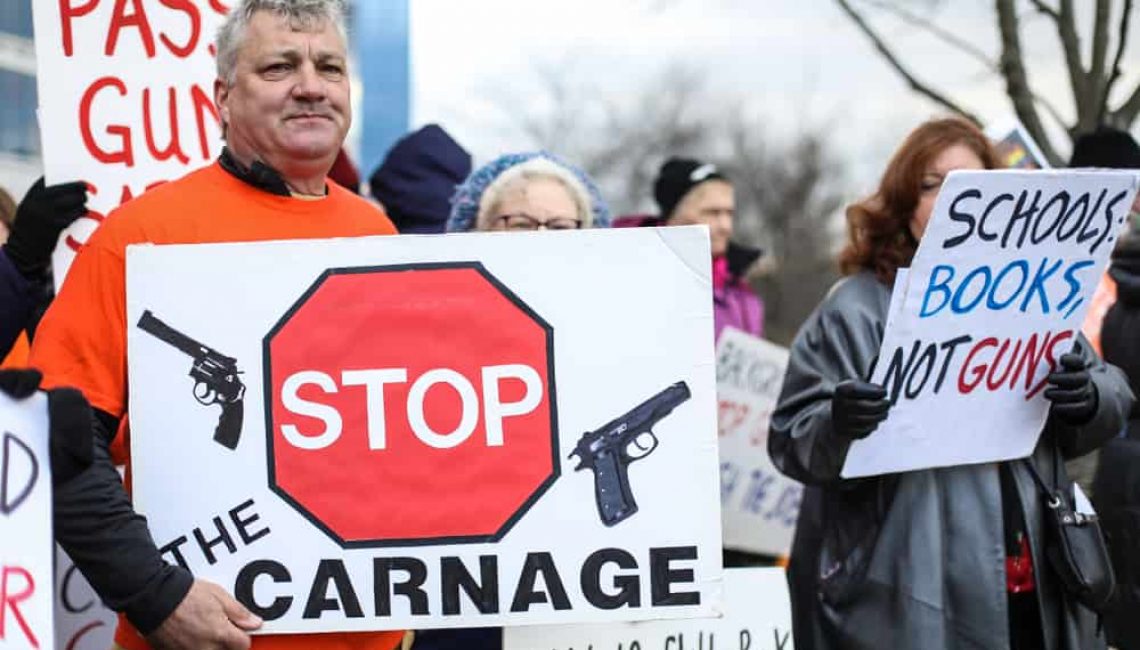 Speakers at the NRA’s annual convention, including former president Donald Trump and Senator Ted Cruz (R-TX), repeatedly blamed the mass shooting of elementary school children in Uvalde, TX on “evil” rather than guns.  According to them, evil people kill children, not guns; the problem isn’t too many guns but too much evil in our society.  This humble spirit respectfully begs to disagree.  Although it’s true that far too many Americans are desperately unhappy, hopeless, and distraught, and thus turning to opioids, suicide, and acts of violence, if assault weapons capable of killing dozens of people in seconds weren’t readily available, we wouldn’t have anywhere near the number of mass shootings we now have in this country.  The old adage that guns don’t kill people, people kill people, may sound good to those who don’t want to acknowledge the truth, but it’s bogus to the core.

The National Rifle Association (NRA), once a legitimate organization that was hijacked by the greedy gun industry to serve as its tax-exempt marketing department, has worked for decades to convince millions of gun owners that the government was out to take their guns away, and with phenomenal success.  Millions of Americans, many of whom are now MAGAs, bought into the “slippery slope” argument, and now believe that any laws enacted to reduce gun related deaths and prevent mass shootings represent an attack on their Second Amendment rights.  And the enemy, as portrayed by the NRA and its MAGA Republican allies in Congress, has long-since evolved from the “government” to the “radical left.”

The fact that law enforcement waited outside the classroom door for more than 45 minutes before overpowering the Uvalde shooter is still under investigation, but only a moron like Senator Ted Cruz would suggest that one way to reduce school shooting deaths is to reduce the number of doors in schools.  Next we’ll be told that guns don’t kill people, doors do.  Even among the worst of the MAGA worst, Senator Cruz is always a standout!

Some among the MAGA gun crowd claim it’s more than a coincidence that the shooting in Uvalde came only a few days before the NRA’s national convention, stopping just short of accusing their “leftist” enemies of conspiring to kill children for political gain.  As always, MAGAs cast themselves as victims whose gun rights and “American way of life” are under attack. It doesn’t occur to them that children and other innocent people killed by guns are the victims.

Despite What They May Think, MAGAs Aren’t the Only “Real Americans”!

Last week I addressed the violence committed against African Americans going back to Reconstruction, and there is no question that fear of Blacks and the “other,” including “Replacement Theory,” is a major factor in why America has way more guns per person than any other developed country.  America’s disproportionate amount of gun violence is a direct result of our approximately 400 million guns (more guns than people!), and especially assault weapons (such as the AR-15 assault rifle used by the shooter in Uvalde), not an epidemic of mental illness.  Data shows the 1994-2004 assault weapons ban substantially reduced gun deaths, and two thirds (67%) of Americans now approve of a new ban on assault weapons, but Republican lawmakers kowtowing to their MAGA “base” stand in the way.

Even if the NRA and their MAGA supporters don’t want elementary school children killed, to their way of thinking it’s a necessary price to pay for “freedom.” Freedom to what end?  Freedom to kill their enemies? Freedom to worry their children might not come home from school?