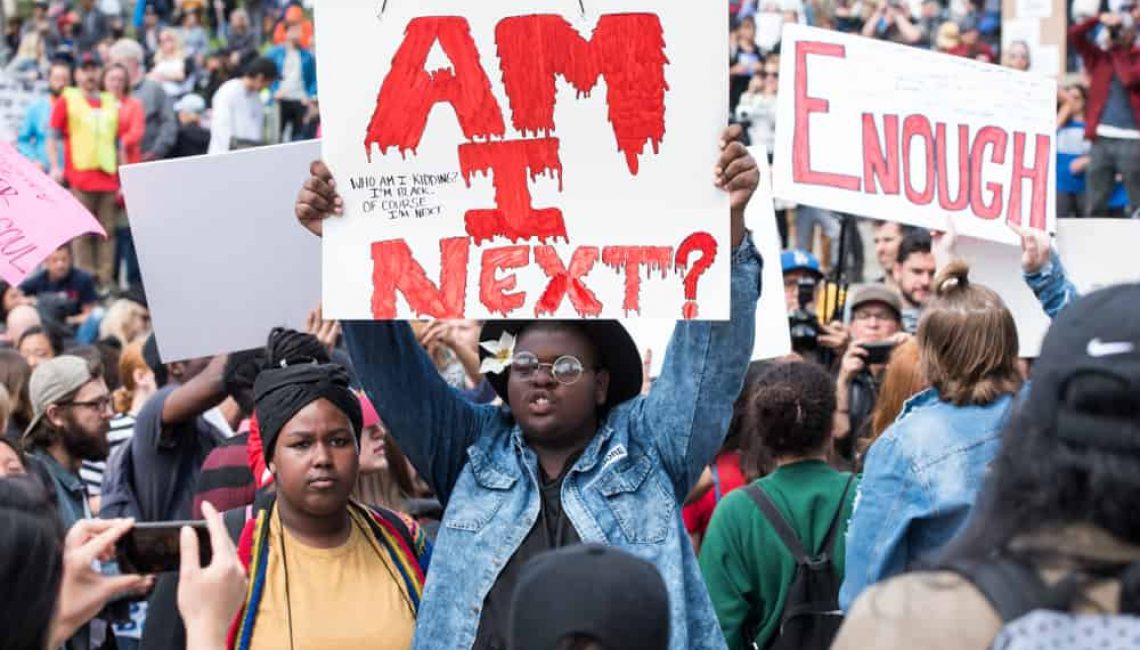 The mass shooting at a TOPS grocery store in Buffalo, NY, in which ten African Americans were killed, should make it clear what America’s gun violence problem is all about: white people’s perpetual fear of Black people, along with all people of color.  It’s more than coincidence that gun ownership increased significantly during Barack Obama’s presidency and sky-rocketed in 2020, seemingly in response to the nationwide Black Lives Matter protests.  At present, there are almost 400 million civilian-owned guns in the U.S. (that’s 120 per 100 people!), representing a third of all civilian-owned guns in the world, far more than any other country.  When it comes to gun ownership, America is an outlier, and thanks to right-wing MAGAs and the gun lobby there’s still no end in sight.

“Replacement Theory”, the notion that white people are being overrun by immigrants and in danger of losing their country is simply the latest incarnation of the obsessive fear of Blacks that dates back to emancipation.  I won’t recount the entire history of our country’s horribly botched “Reconstruction” following the Civil War, but Southern whites, terrified of being overwhelmed by the newly freed slaves, began what is now over one hundred fifty years of racially motivated injustice and insanity—the Klan, Jim Crow, mass incarceration, culminating in a country armed to the teeth and killing itself in ever-increasing numbers.

Let’s not forget about the generations of American boys who grew up watching “cowboys and Indians” in which unquestionably good, white-hatted white men shot and killed seemingly evil red men (white dudes covered in makeup). No one questioned the necessity of the “other” dying like flies to make the mythical “wild west” safe for white “civilization.”

While America’s obsession with guns is based on fear and hatred of the “other,” the number of people (mostly white) committing suicide by gunshot has reached record numbers, almost 25,000 in 2021 and on an upward trajectory.  The fact is, the number of fatalities from mass shootings are dwarfed by the number of suicides, not to mention the thousands of domestic violence victims.  What a tragedy that so many people have to “die of whiteness” because of irrational fear and hatred.

Too Many White Americans Live in Fear of the Dreaded “Other.”

American “patriots” hold the Second Amendment and the right to “bear arms” sacrosanct, a protection against the tyranny of government overreach, but for many it really means the right to protect themselves from Blacks and what they imagine to be the indeterminable evil of invading throngs of brown people.  Is there any question that when former President Trump spoke of people “so evil” the morning of the January 6th insurrection, that’s what he meant?  I’ve spoken before about Trump’s advice to his followers (“If you don’t fight like hell, you’re not going to have a country left), and it should be clear he wasn’t just referring to “leftist” Democratic lawmakers.  The fact is, a sizeable portion of our population lives in fear of the dreaded “other,” and a sizeable number of MAGA Republican politicians hold on to power by exploiting that fear.

It’s become a cliché to ask how many people have to die by gun violence before America will collectively say “enough is enough.” Perhaps the real question is how many guns some Americans must possess to allay their fear.  Sadly, there’s reason to think no amount will ever be “enough.”