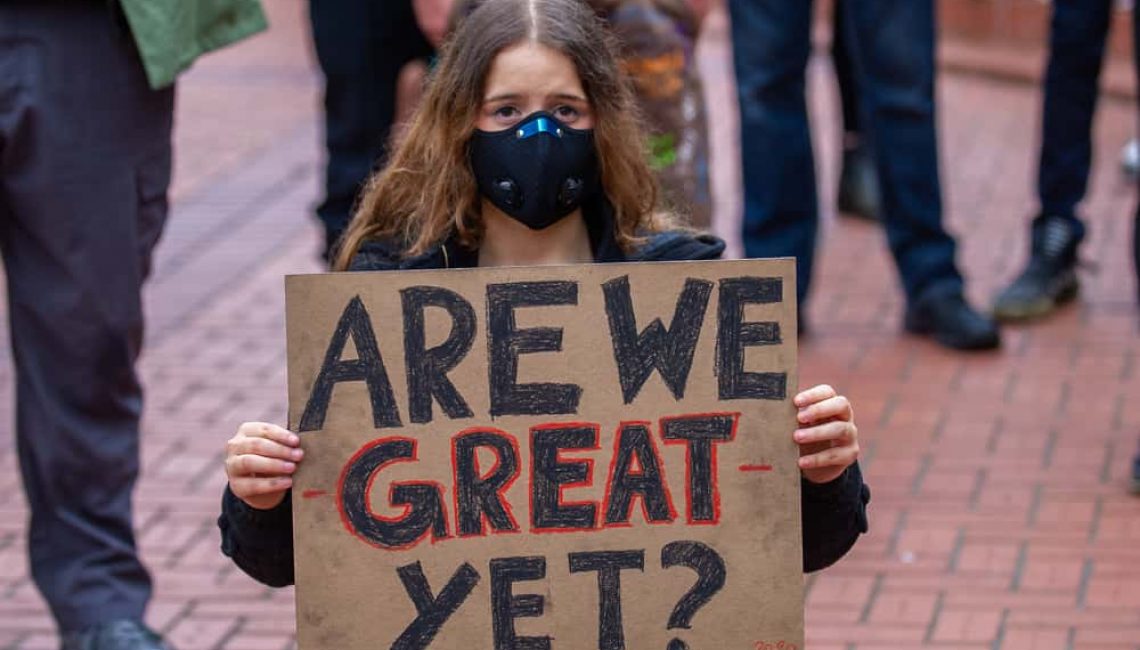 It’s been said that the presidency doesn’t build character, it reveals it. There’s never been a more dangerous example than Donald Trump, whose four years in office revealed a dangerously narcissistic, potentially authoritarian, megalomaniac, a man content to destroy American democracy for his own aggrandizement (along with desperation to avoid prison). Fortunately the country dodged a horrible barrage of bullets last week when Trump’s cadre of swing state election deniers was defeated, leaving his 2024 coup apparatus nipped in its ugly bud.  Additionally, now that the midterm election is over, the media will return its attention to Trump’s long list of lawsuits and potential indictments, and with hints that Rupert Murdock’s right-wing media empire is turning against him in favor of Ron “DeSanctimonious,” Trump is on the ropes—and hopefully soon off the street for good!

Assuming he doesn’t go to prison first, the question is whether Trump’s MAGA “base” will stick with him for another presidential run.  Despite thousands of examples of why he is unfit for office, let alone the role of god-like savior, Trump’s MAGA followers seem to know something the rest of us still can’t begin to fathom. There are numerous explanations for why the Trump’s base remains fanatically loyal, but this humble spirit increasingly fears he embodies the worst angels of their nature: anger, resentment, bitterness, and an overwhelming belief that they are the victims of an evil, amorphous “elite.” Well, they may be victims of an elite, but it’s the elite top 1%, the people who have been Trump’s willing enablers, not the “leftist” Democrats who are usually the MAGAs’ target (with some coaxing from Trump and the rest of the Republican Party, of course).

There is a Consensus that it’s High-Time for Trump and His MAGAs to Go!

If the presidency revealed Trump’s character, Trumpism revealed the character of a good portion of the American people, MAGAs who now have what they honestly believe is an acceptable means to vent their terrible wrath. Trump enabled them to cloak their anger and resentment in patriotism; indeed, despite making no secret of their desire to start another “civil war” and seemingly destroy modern America as we know it, MAGAs truly see themselves as “patriots.” The election results may give us hope that Trumpism has been successfully thwarted and the barbarians at the gate (or in this case, the US Capitol) held off for the time being, but we should not forget that millions of our fellow citizens, MAGA as they may be, remain desperately frustrated and unhappy, with little chance of improving their circumstances in a 1% dominated, knowledge-based economy.

Contrary to what Ron DeSantis thinks, Florida isn’t where “woke’ goes to die.” Florida is where old, failed white people go to die. (Texas gets the younger ones, while Ohio keeps the ones who don’t realize it’s long-since time to go.)

We know that MAGAs are disproportionately older, while many younger people reject Trumpism and increasingly embrace more progressive attitudes and policies.  I don’t know how we can make MAGAs happy, and we certainly can’t make them young again, but we certainly can’t continue to waste precious time and limited resources pacifying them when there are far more crucial fish to fry, a myriad of REAL, often “existential,” challenges that include climate change and the racial and economic inequality that I continue to believe is at the core of our country’s problems. But as we all know, if there’s anything Trump’s enablers would like to distract us from, it’s a threat to their own money and power—namely, the possibility of equality for all.