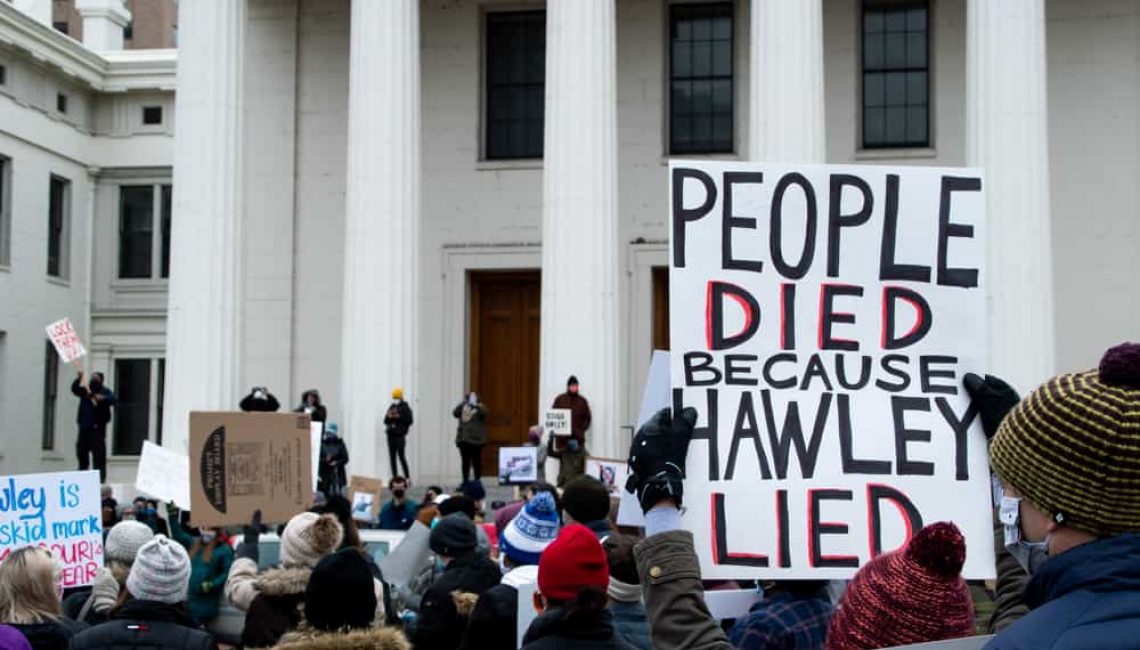 Sometimes politicians are quoted unfairly, because they’re not prepared for the question and don’t have time to think.  But when someone submits an editorial for publication, it’s a pretty good bet they mean what they say.  Unfortunately, this is the case of an editorial submitted to the New York Post by Senator Josh Hawley of Missouri. (No serious person would submit an editorial to an embarrassing rag like the Post, but that’s a separate issue.) Surely you remember Senator Hawley, the MAGA Republican who raised his fist in solidarity with the mob at the U.S. Capitol on January 6.  This idiot not only got himself elected to the U.S. Senate, but somehow managed to get a BA from Stanford and a law degree from Yale.  Go figure!

Hawley’s editorial is filled with so many typical MAGA Republicans falsehoods, that it’s hard to know where to start, but let me touch on just a few.

Like all MAGAs, he claims “Critical Race Theory” (CRT) is being taught in our K-12 schools, which is simply not true. I have spoken about CRT before, what it is and what it is not, and remain dismayed that people like Hawley continue to deliberately misrepresent it for their own purposes.  Most importantly, it’s certainly not a “pet project of the left,” as he contends. The fact is, all the ranting and raving about CRT is nothing but a pet project of MAGA Republicans like Hawley.  Per usual, he is pandering to the basest of the “base,” people who fear the “browning of America” above all else.  He says advocates of CRT want division, anger, and hatred, but in reality that is exactly what he and his fellow MAGA Republicans are out to accomplish in order to win their primaries.

Hawley also claims school children are being taught the true founding of America was in 1619.  Presumably he’s referring to the “1619 Project,” 1619 being the year the first enslaved Africans arrived in what is now the United States.  Say what?!  It’s doubtful that very many people are teaching the country was “founded” when the first African slaves arrived on the continent.

If America Hadn’t Enslaved People, it Could Not have Freed Them!

Hawley’s most bizarre contention, however, is that America is a nation that freed the slaves.  Not even Marjorie Taylor Greene could come up with something like that!  If we didn’t enslave Africans to begin with, we could not have liberated them.  Reading Hawley, one would think there was a group of people who were enslaved by nature until America freed them.  No, Senator Hawley, those people were slaves because white Americans of European descent enslaved them for almost 250 years.  And the only reason they were freed is because the “slave power” that ruled in the South tried to create a separate nation, commonly known as the Confederacy, and was defeated in the Civil War.

According to Hawley, the left “advocates for tearing down America’s history and purpose,” but I would contend they are merely offering our country a chance to fulfill its ideals.  He also claims “America needs the truth because it’s the truth about our history and our purpose that unites us,” but unfortunately it’s the MAGA Republicans like Hawley who are promoting lies about our history and contributing to our division.