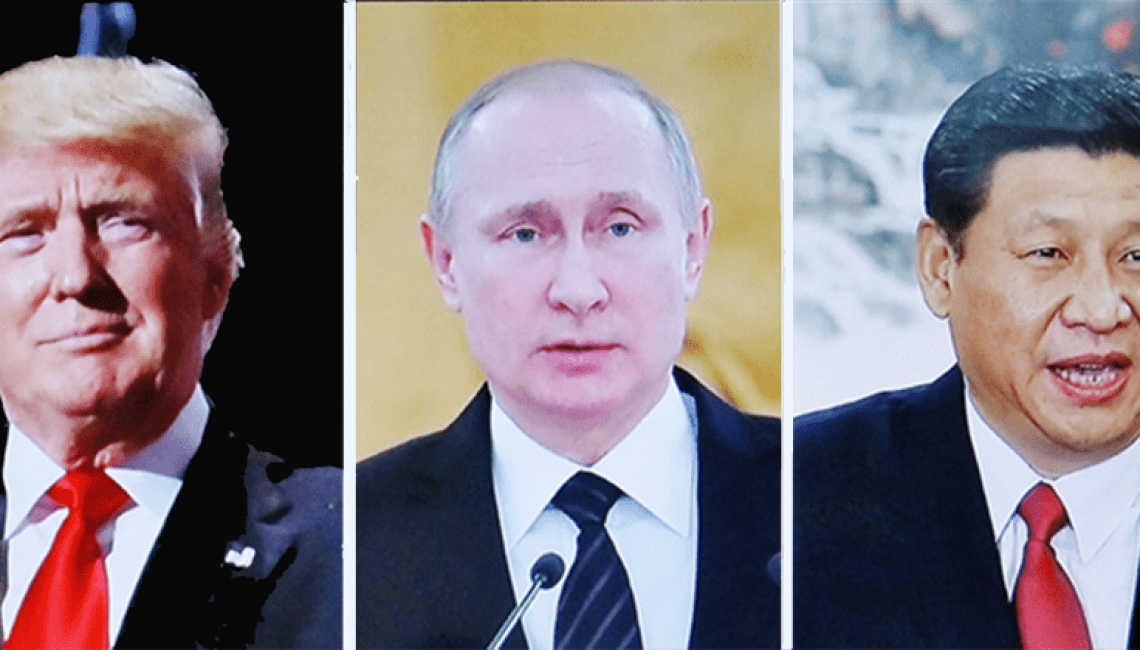 It’s apparent that a great many among the right-wing media have a soft spot in their heart for authoritarian governments and the oligarchs who rule them.  Last year we were treated to Tucker Carlson’s embarrassing admiration of Hungary and its authoritarian prime minister, Viktor Orban.  Now Tucker is showing surprising support for Russian prime minister Vladimir Putin as he prepares to invade Ukraine.  Tucker has gone so far as to question why the U.S. should support Ukraine rather than Russia, as if he’s oblivious to the fact that Putin is a murderous, authoritarian dictator who would like to see the United States and other western democracies destroyed.

Is there any question that Trump was the Russian dictator’s patsy?  Never mind the “Steele Dossier,” based on his multiple bankruptcies, Trump’s primary source of cash had long-since become Russian oligarchs laundering money by purchasing luxury, multi-million-dollar apartments.  Trump is NOT a successful businessman; he is a horrific failure, a perennial loser who got the grift of a lifetime when Americans were conned into electing him president. To call him a “Manchurian Candidate” is to flatter him.

According to Webster’s Dictionary:

Authoritarianism: government in which authority is centered in one person or in a small group not constitutionally accountable to the people.

Oligarchy: government in which power is vested in a few persons or a dominant class or clique.

Kleptocracy: government by those who seek chiefly status and personal gain at the expense of the governed.

Any if this sound familiar?

Many Americans disliked Trump’s persona but supported him based on greed and racism (his policies were good for the stock market and generally bad for people of color). It’s increasingly apparent, however, that Tucker and his ilk are attracted to Trump’s authoritarian tendencies above all else.  These people aren’t blind to America’s potential slide into authoritarianism; no, under the guise of championing liberty and freedom they are increasingly drawn to the lure of authoritarian power.  Why do they like authoritarianism, you ask:

Indeed, we should not forget the underlying influence of America’s new oligarchs.  America’s inequality has grown so dramatically, a small group has so much while the majority has so little, that we are rapidly becoming a kleptocracy similar to Putin’s Russia.  Is there any doubt that the right-wing media is beholden to the oligarchs at the top of American society?  Tucker and the rest of the gang at Fox News may receive their paychecks from the Murdochs, but they’re also working for people like the Kochs, as well as a growing list of billionaire enablers.  The right-wing media would surely sell their souls out of greed and hatred for their enemies, and that’s exactly what they’ve done.

I know you’re probably growing bored with my comparing the rich of today with the lords of the “Cotton Kingdom,” but they’re all cut from the same greedy, miserable cloth.  And let’s not forget that Vladimir Putin and Viktor Orban have white skin.  Is there any question that right-wingers like Tucker Carlson prefer white authoritarians?  How often do we see them supporting authoritarian governments in Asia, Africa or Latin America? (Donald Trump had so much contempt for China he even branded COVID-19 the “Wuhan Flu.”)  No, these people are all about WHITE POWER!