Trump is a Lifelong Failure 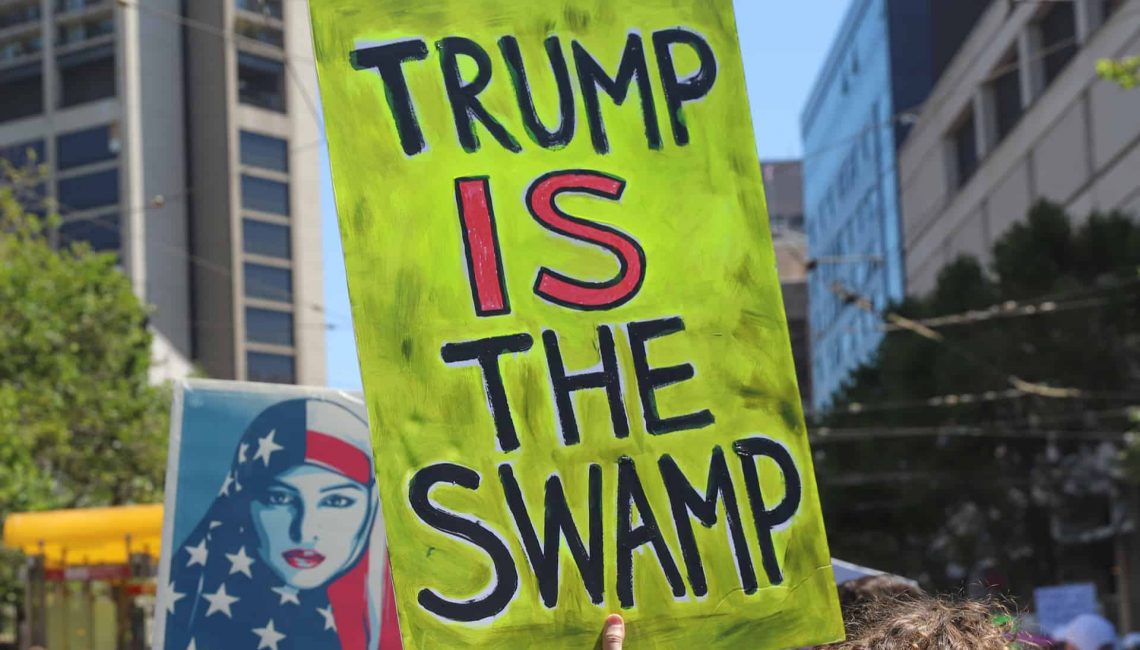 President Trump’s complete failure to lead in the face of the Coronavirus pandemic is only one more example in a long list of failures.  None of us should be surprised that he’s incapable of just about anything except irrational, sometimes painfully irrelevant, narcissistic megalomania. (Hey, what did you think of that Mussolini imitation on the White House balcony last week?!)

Trump has NEVER been a Successful Businessman.  He’s had Nothing but Losses and Bankruptcies.

Between 1985 and 1989, when the economy was strong and Trump portrayed himself as a billionaire with the Midas touch, his apartment buildings, hotels, and casinos managed to lose $359.1 million. In 1990 and 1991, when the economy declined, those same businesses lost $517.5 million.  And between 1992 and 1994, even as the economy recovered, they lost another $286.9 million.  Add up the numbers: per the New York Time’s investigation into his tax returns, Trump’s businesses lost more than a billion dollars between 1985 and 1994.  In fact, in 1990 and 1991, his losses were larger than those of any U.S. taxpayer—a pretty impressive feat if it weren’t so damn pathetic!

In 1990, his businesses, including his three Atlantic City casinos, the Plaza Hotel in New York City, and Trump Shuttle airline, couldn’t meet their interest payments. In 1991, his Taj Mahal casino filed for bankruptcy protection, and, not long after, so did his other two casinos—the Trump Plaza and the Trump Castle.  In 1992, the Plaza Hotel in New York City filed for bankruptcy as well, and Trump was forced to turn over many of his remaining assets to his creditors. Trump only managed to escape the humiliation of personal bankruptcy because he was rescued by his father, the man from whom he had inherited over $400 million (today’s $) in the first place.

Nonetheless, between 1998 and 2012, fifteen new Trump-branded projects broke ground.  How could that have happened?

Fortunately for Trump, his Business Failures Coincided with the Break-up of the Soviet Union.

Foreign money clearly played a large role in reviving Trump’s fortunes, especially investment by wealthy people from Russia and the former Soviet republics.  And when the Russian economy collapsed in 1998, Russian oligarchs who had gotten rich buying up formerly state-held assets stashed their money in international real estate. It is estimated that at least $1 billion a month was moved out of Russia between1991 and 2000.  Since 2005, Russia’s capital flight has officially totaled at least $335 billion.

The Trump Organization, with its lax reporting standards, offered an especially appealing haven for desperate Russians.  As Donald Trump Jr. said in 2008, “Russians make up a pretty disproportionate cross-section of a lot of our assets.” In 2014, his younger brother, Eric, said: “We don’t rely on American banks. We have all the funding we need out of Russia.” Meanwhile, a report from the U.S. Senate Select Committee on Intelligence offered a disturbing picture of Trump’s Russian partners, including alleged connections to the mob, Vladimir Putin, and human trafficking.

Trump and his Organization have only Survived by Laundering Money for Russian Oligarchs.

Wherever anonymous real estate purchases were allowed, Russians bought and sold property, often hiding behind shell companies, as a way to transform dirty rubles into clean dollars—in other words, money laundering.  In the 1990s, Trump Tower was one of only two buildings in New York City that allowed anonymous purchases of apartment units, an opportunity easily exploited by the Russian mob.

Patterns of buying and selling that are suggestive of money laundering have been uncovered at Trump-branded properties around the globe and Trump has payed multiple fines for violating anti-money laundering laws.  In 1998, for example, the Treasury Department fined the Trump Organization $477,000 after the IRS determined that the Trump Taj Mahal casino in Atlantic City had violated anti-money laundering rules more than 100 times in its first 1.5 years of operation.

As late as 2008, despite making millions from The Apprentice reality television show, Trump defaulted on a $640 million loan he had received from Deutsche Bank in 2005 to build Trump Tower Chicago. The bank sued Trump and was seeking an immediate $40 million, but then supposedly turned around and bailed Trump out after the financial crisis.  When Trump was elected president in 2016, he reportedly owed Deutsche Bank $300 million, but isn’t it more than a little suspicious that Deutsche Bank would lend to Trump so soon after a contentious legal battle? In other words, it sounds like the money came from elsewhere.

The New York Times investigation revealed that Trump was $421 million in debt, much of it owed in the next four years.  Debt is one of the factors that frequently leads to the denial of a security clearance, especially foreign Indebtedness.  If Trump has compromising financial relationships with Russian clients and partners, he is clearly a security threat.  And never mind how the Trump organization brought in $73 million from around the world during his first two years in office, including cash from countries crucial to American foreign policy.

Does anyone else find it peculiar that Trump operates his business through a network of shell companies similar to those used by financial criminals to hide their fortunes? To help perpetuate the myth that Trump is a successful businessman, his proponents have pointed to the fact that he owns more than 500 companies. The vast majority of these companies, however, are shells that exist only on paper, not bona fide companies with operations and revenue.

Is it any Wonder Trump Refuses to Release his Tax Returns?