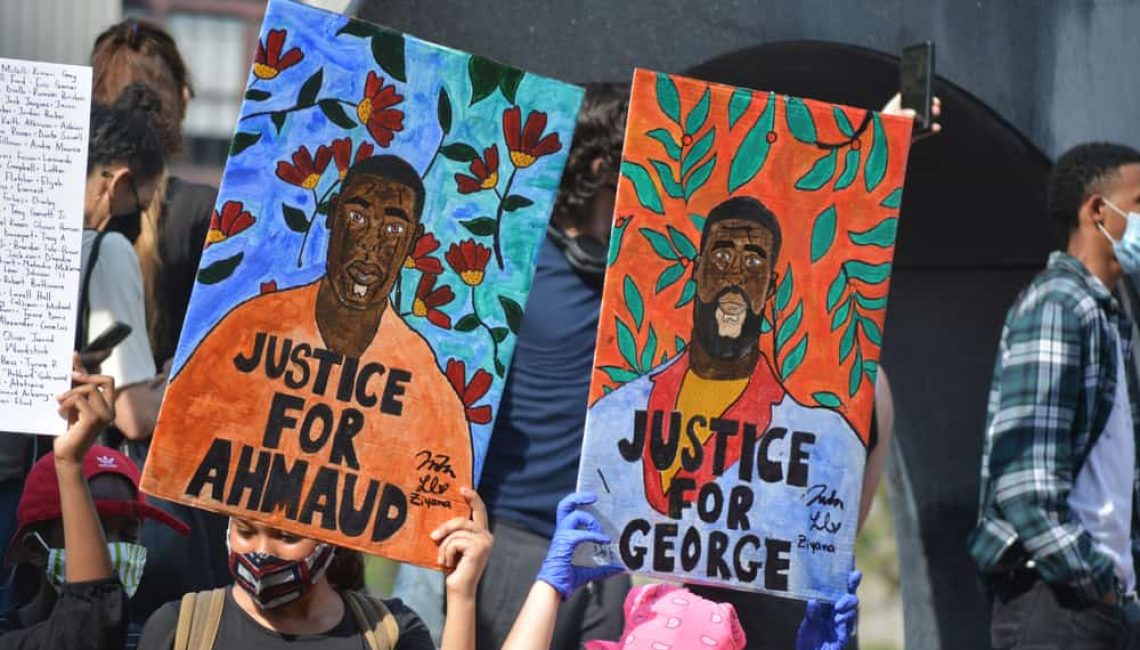 Ahmaud Arbery’s convicted killers (Travis McMichael, Gregory McMichael and William “Roddie” Bryan) were tried in federal court this past week to determine whether the murder was motivated by Arbery’s race and color—if it was a hate-crime.  Ya think?!  Was there ever any doubt they were motivated by racist hatred?  Could there be a more flagrant example of a bunch of dumb, ignorant white men deciding to go out and kill a “n-word on a sunshiny day”? Does anyone really think they would have stalked and killed a white dude jogging down the street? I don’t think so.  Despite all their bullshit about suspecting Arbery of burglarizing a house under construction in the neighborhood, it was obviously a hate-crime from the start.

The three killers’ hate-crimes trial was brief and their attorneys offered little in the way of meaningful defense, as there was none to be had (except some new irrelevant nonsense about a man having been seen under a nearby bridge). It was revealed that the killers commonly referred to Black people as “animals,” “criminals,” “monkeys,” “subhuman savages” and, of course, “n-words.” What a surprise!  Was there ever any doubt as to their mindset and worldview?  In particular, Travis McMichael, the man who fired the shot that killed Arbery, was known to frequently vent his racist hatred, including statements such as “All those Blacks are nothing but trouble and I wish they’d all die.” What a lovely sentiment.  And there’s nothing like making your dreams come true on a nice, sunshiny day, is there?

How many killings like this will we have in our country?  When will it stop?  How many names will join Arbery in the pantheon of dead Black men along with George Floyd, Daunte Wright, Andrew Brown, Ronald Greene, Eric Garner, Stephon Clark, Antwon Rose, Jr. and Trayvon Martin?  The list goes on, and on, and on, back in time to the lynchings of the Jim Crow era, and indefinitely into the future.  With the possible exception of mass shootings, it feels like nothing happens in our country with greater regularity.  What a sad commentary.

The History of American Law enforcement is Protecting Whites from Blacks.

Despite all the publicity these racially motivated killings receive, all the (supposed) national reckonings on race, etc., there seems no end in sight to the violence.  Sure enough, the same week the Arbery hate-crime trial was going on in Georgia, the problem was once again on dispaly in a New Jersey mall, caught on cell phone video like so many similar incidents in recent years.  Two teenage boys, one Black and one white, got into a fight, and when the police came to break it up, sure enough, the Black boy (Z’Kye Husain) was treated as the perpetrator, pinned on the floor and handcuffed.  The white boy, on the other hand, who may have been the instigator, was allowed to sit unrestrained on a nearby couch.  The police assumed the Black boy was the threat, the attacker, the villain, the criminal, while the white boy was assumed to be the innocent victim.  Why do you think that is?

Fortunately, in this case nobody was shot and killed or even seriously injured, but when Z’Kye gets a little older and is driving a car, especially if he’s got anything hanging from his rearview mirror, he’d better watch out!