The Attack on Ukraine 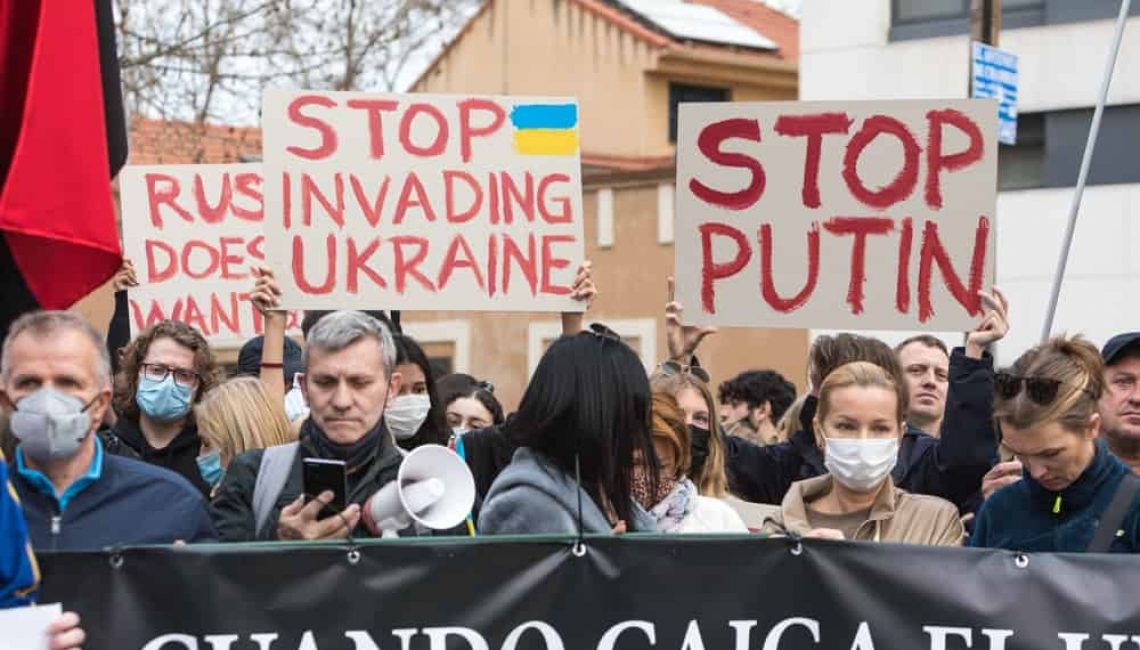 Vladimir Putin, an authoritarian dictator who has turned Russia into a kleptocracy, is in the process of destroying democratic Ukraine for no purpose but to fuel his megalomania, his fanatical desire to reclaim the Soviet Empire at any cost.  He wants to install a pro-Russian puppet government in Ukraine, no matter how many people he kills in the process.  Watching the destruction of beautiful, cosmopolitan cities like Kyiv and Kharkiv is painful.  If the Russian military performs as it did in Syria, Georgia, and Chechnya those cities will be reduced to piles of rubble without regard for the populous.

Putin’s actions seem rooted in his distorted belief that the collapse of the Soviet empire was the worst geo-political disaster of the 20th century, an opinion that could only be held by a demented former KGB officer, a cold-blooded killer.  If a Soviet empire brings with it nothing but death, destruction, and tyranny, what is now the case in Ukraine, by what possible measure would its demise be a loss to the world?  No, Mr. Putin, the formation and proliferation of the Soviet empire was the tragedy, and now its potential resurrection under your autocratic leadership is shaping up to be even worse.

Kudos to President Biden for nominating the first Black woman, Judge Ketanji Brown Jackson, to the Supreme Court. As the president said, “For too long our government and our courts haven’t looked like America.”

Former President Trump has Called what Putin is Doing “Brilliant.”

Former president Trump, who never made any secret of his admiration for Putin, has called the Russian dictator’s actions in Ukraine “brilliant.” Talk about “alternative facts”!  But given Trump has shown himself to be a narcissist and a sociopath with little regard for anything but himself and his power, this is not surprising.  Don’t forget, the first time Trump was impeached it was for withholding weapons from Ukraine, weapons that were to be used to deter Russian aggression.  What a coincidence!

But how can even the worst MAGAs approve of Putin’s attack on Ukraine?  Are they so far down the rabbit-hole of right-wing propaganda and conspiracy theories that they’re willing to root for a brutal dictatorship over democracy?  Do they hate the “radical leftists” so much, and so fear living in a multi-racial, multi-cultural society that they are willing to sacrifice everything, including the “freedoms” they claim to cherish, in order to resurrect an America of yesteryear, that is “make America great again”?  If Putin thinks the fall of the Soviet empire was a disaster of epic proportions, perhaps these people view the browning of America in a similar light.  This humble spirit increasingly fears it’s that simple.

One of the advantages Putin has in taking his country to war is that, as an authoritarian dictator, he doesn’t have to worry about the will of his people.  Unlike an American president, he need not be concerned about public opinion or polls, and certainly not a midterm election.  He pays no price if average Russian citizens suffer economically or Russian soldiers come home in body bags, at least not in the near-term.  At most, Putin has to keep his little group of oligarchs pacified, maintain their support and keep them in line, but the vast majority of Russians have long-since been reduced to powerlessness.  What we see in President Putin’s tyrannical invasion of Ukraine is a nightmare brought to life of what a non-democratic world could look like.

Ukraine may be an easy target because it isn’t part of NATO, but does anyone think Putin and his fellow authoritarians are going to stop there?