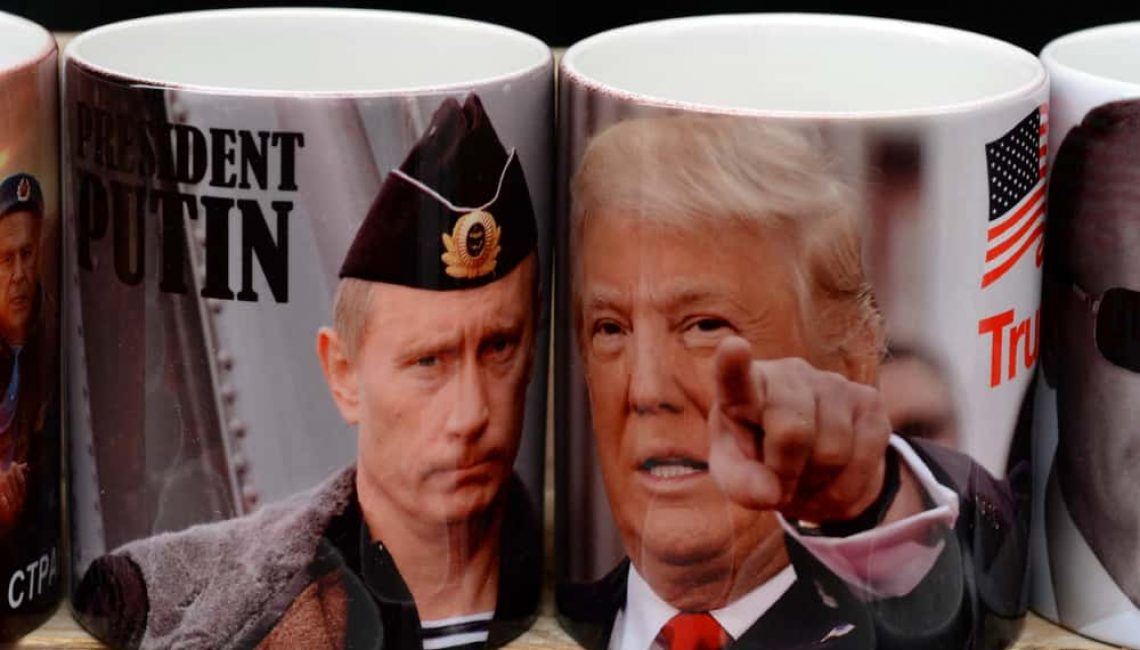 Doesn’t it seem more than a coincidence that Donald Trump is just about the only remaining Republican left who hasn’t denounced Vladimir Putin for invading Ukraine?  No matter Putin’s crimes against humanity, Trump would never say a critical word about his Russian buddy.  Why do you think that is?

One theory is that, just like Putin, Trump is a power-hungry megalomaniac who worships power and its display to such an extent that destroying a country and killing a good deal of its populous hardly phases him.  While this is undoubtedly the case, I’m in the camp that believes Trump’s reluctance to condemn Putin is a direct consequence of his business dealings with Russia.

As Donald Trump Jr. said in 2008, “Russians make up a pretty disproportionate cross-section of a lot of our assets.” In 2014, his younger brother, Eric, said: “We don’t rely on American banks. We have all the funding we need out of Russia.” And in 2016 a report from the U.S. Senate Select Committee on Intelligence offered a disturbing picture of Trump’s Russian partners, including alleged connections to Putin, the mob, and human trafficking.

The fact is, patterns of buying and selling that are suggestive of money laundering have been uncovered at Trump-branded properties around the globe and Trump has paid multiple fines for violating anti-money laundering laws. And while there’s no evidence that Trump owes Putin or any of his oligarchs directly, but he may need their help when his hundreds of millions of other debts, including over $300 million to Deutsche Bank, come due. (Some believe the Russians “backstopped” the Deutsche Bank loans, but there’s no proof.) Then, of course, there is Trump’s 2016 campaign manager, Paul Manafort, who previously worked for another Putin patsy, Viktor Yanukovich, the former president of Ukraine.  What a small world it is!  One that always seems to revolve around Putin, Trump, and Ukraine.

Trump Would Never Have Lifted a Finger to Support Ukraine

Right-wing commentators were quick to say that Putin seized the opportunity to invade Ukraine because he perceived Biden to be weak, and that if Trump was really Putin’s puppet the Russians would have invaded Ukraine while he was president, but this humble spirit isn’t buying it.  I think the plan was for Trump to weaken NATO during his first four years in office and then pull out entirely in his second term (assuming he had a Republican majority in the Senate). Trying to pull out of NATO during his first term would have been far too obvious, even for a master of subtlety like Trump, so Putin was going to wait until Trump solidified power before making his move.

But instead, Trump got himself impeached for trying to withhold weapons from the new Ukrainian President (Zelensky), the “Trump economy” was desecrated by the COVID pandemic, and Trump lost the 2020 election to Joe Biden.  Putin bet wrong, and despite the “Big Lie” and “Stop the Steal,” all the king’s horses and all the king’s men, Joe Biden became president.  And well before Putin invaded Ukraine, Biden had already started rebuilding America’s position on the world stage, including reaffirming U.S. support for the NATO alliance and repairing our relationship with the European Union.  Oops!  Sometimes being an autocratic dictator intent on reclaiming your country’s lost empire can be a challenge!

Alas, Putin was back to where he started.  Should he wait it out in the hope that Trump might be reelected in 2024, or attack Ukraine now, while the Biden Administration was saddled with its own domestic problems, including a lingering COVID pandemic and runaway inflation?  Given Trump may not still be alive come 2024 and it’s impossible to know who might get elected instead, Putin decided to go now.