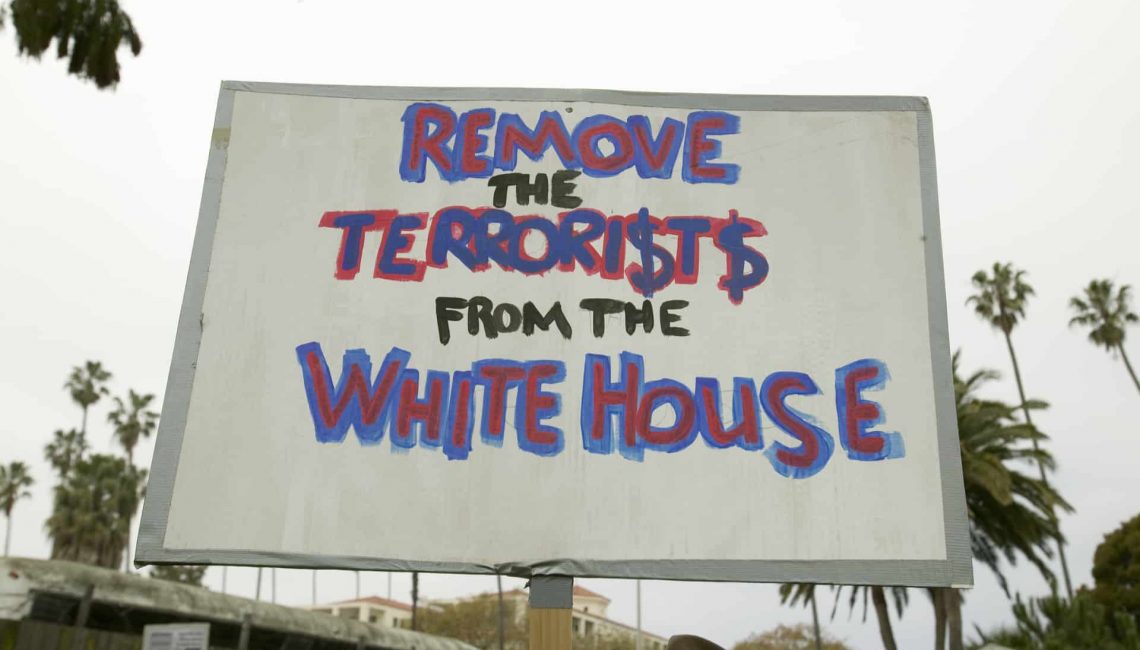 “Trump Derangement Syndrome,” a phenomenon coined by Trump’s former attorney Michael Cohen, is now in full swing.  What more can be said about the President’s actions of late?  Holding up desperately needed pandemic relief, vetoing the defense bill, which includes pay raises for the military, and taking advantage of his pardoning power by letting his cronies out of prison, are all beyond the pale.  But as a slaveholder’s son, I feel obligated to comment on any matters related to racism and white supremacy, of which there has been no shortage under President Trump.  Pardoning the likes of Roger Stone, Paul Manafort, and Trump’s vile, amoral in-law, Charles Kushner (what Jared’s father did was downright disgusting, even by the standards of that white-color crime family!) is an obscene abuse of power, but his pardoning of four Blackwater mercenaries, who in 2007 slaughtered 14 Iraqi civilians, is even worse.  The implication is that white men have the right to kill non-white people with impunity.

In fairness to our overtly racist president, the Pentagon should never have hired mercenaries to help fight America’s wars in the Middle East—it was bound to happen when our country’s all-volunteer army got stretched too thin—but that’s a separate topic I’ll take up separately.  The wholesale killing of non-white people by our country’s military force represents the same mentality that was prevalent at West Point when I was a cadet in the years before the Civil War.  Back then it was a given that white Americans of European descent were a superior race.  We considered our Mexican neighbors to the South to be nothing but mongrels.  Most African Americans were still enslaved in the Southern states, and according to the Supreme Court’s 1857 Dredd Scott Decision were property rather than human beings entitled to the rights of citizens.  American Indians, the continent’s indigenous people, were considered inhuman savages to be killed as necessary.  Understand that George Armstrong Custer, of Little Bighorn fame, was one of my fellow cadets; talk about (one man’s) Manifest Destiny!

A Pardon for the Blackwater Killers Means that ONLY White Lives Matter!

As I say on my website: “There may have been Northerners in the Corps who were opposed to slavery, even some downright abolitionists (black Republican abolitionists of the corps, we called them), but whether Negroes lived in bondage in the South or as second-class citizens in the North misses the point, which is this: Not a single cadet questioned the notion that ours was a white man’s country in a white man’s world, and it was our prerogative to determine everyone else’s fate, whether it was bondage, confinement to a reservation, or out and out slaughter. To our way of thinking, such determinations were a matter of benevolence on our part.” But remember, that was the 1850s, not the 21st Century!

Trump’s actions broadcast to the world that, in America’s eyes, Iraqi life is cheap, Arab life is cheap, Muslim life is cheap; they are all nothing but fodder for white American power.  While African Americans are still fighting for recognition that Black Lives Matter, the message sent by Trump’s pardon of the Blackwater killers is that ONLY white lives matter.  Sadly, America’s ugly past just keeps going.