The VERY Worst of the Worst! 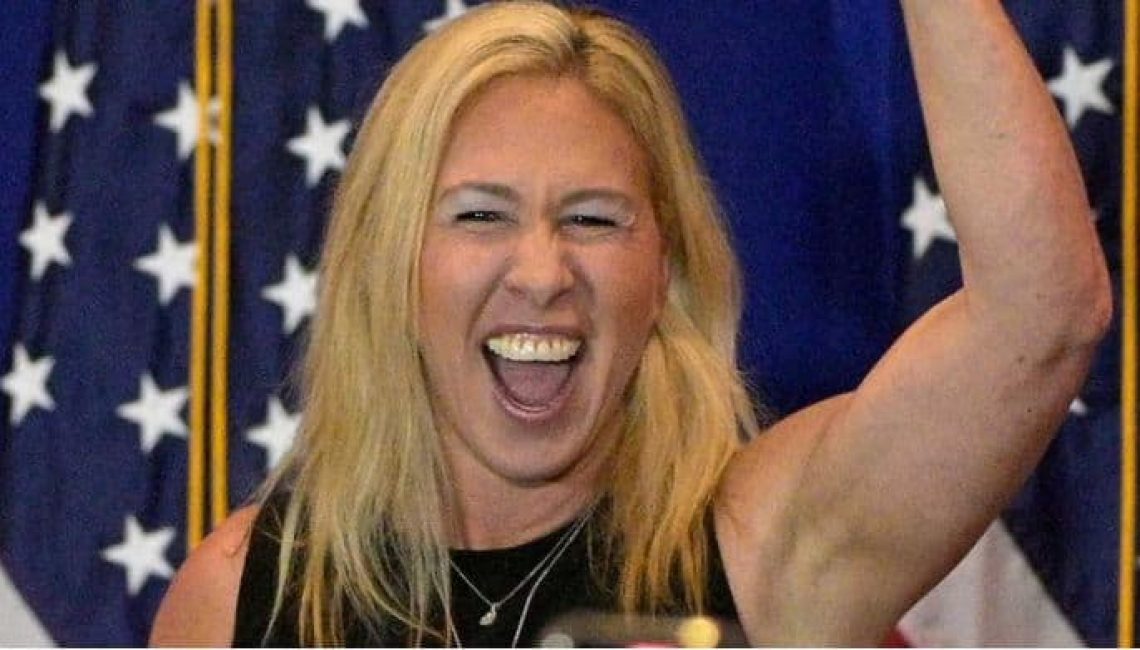 If you’re looking for a catalog of the worst lies and propaganda spewed by MAGA Republicans during the Trump era, look no further than the message Representative Marjorie Taylor Greene released to the press back in January, less than a week after the insurrection at the U.S. Capitol. Maybe a picture tells a thousand words, but these mere 400 words paint a vividly disturbing picture of the MAGA mindset. (Your humble spirit has taken the liberty of injecting his comments.)

For the entire four years of the greatest Presidential term of our lifetime, Democrats led by Speaker Pelosi and radical Socialists in her party attempted coup after coup against President Donald Trump.

Accusing Democrats of being “radical socialists” is one of the favorite assertions of MAGA Republicans, harking back to the 1950s and 60s, when liberals were often accused of communism. Needless to say, there were no attempted coups of the sort he tried to carry out at the Capitol on January 6th. The MAGA’s love to claim that Trump’s impeachments were the equivalent of coups. They were not.

Whether it was threatening to remove the President with phony 25th Amendment attacks, ridiculous Russian collusion conspiracy theory lies, or false criminal accusations about a perfect phone call with the Ukrainian Prime Minister, Democrats tried to overturn the 2016 election because they simply couldn’t handle the results.

The 25th Amendment attacks weren’t phony, the Russian collusion conspiracy has only gained more credence with time, and the phone call with the Ukrainian prime minister, in which Trump abused the power of his office in an effort to dig up dirt on Joe Biden, was distinctly not perfect.

Not only have the radicals in the Democrat Party tried to throw out the will of the American people, they have attacked anyone who dares support this President.

They never challenged the legitimacy of Trump’s election in 2016. Many share my view that they should have attacked him much sooner and much harder.

Everyone remembers the last four years of political censorship by the Silicon Valley Cartel targeting President Trump and his millions of supporters.

They waited way too long to pull the plug on Trump’s Twitter account and they’re still allowing too many lies about the election and the COVID vaccine to flourish.

Everyone remembers the occupation of the Senate office buildings by the Communist Women’s March screaming lies about Justice Brett Kavanaugh.

There is no reason to think any of the women who opposed Brett Kavanaugh’s nomination were communists.

Everyone remembers the harassment of Republicans including Senator Rand Paul, who was surrounded by a violent Black Lives Matter mob in the streets of Washington, DC. And, of course, everyone remembers the entire year of domestic terrorism conducted by Antifa / BLM militants, and championed by Democrat elected officials.

It is extremely unfortunate that some of the protests sparked by the murder of George Floyd turned into riots, including extensive property damage and many police injured, but it was not “domestic terrorism.” The protests were championed by some Democratic officials, but the riots were not. To Representative Greene’s way of thinking, a group of Black people protesting is inherently a violet mob.

Now, 12 days before the 2021 Presidential Inauguration, these same Democrats, following their marching orders from the activist spokesmen in the Fake News Media, are launching another lie-filled assault on our Republic by threatening to impeach our duly-elected President, yet again.

She conveniently fails to mention the January 6 insurrection for which he was impeached.

Speaker Pelosi’s pursuit of impeachment will not “heal and unite” this nation as Joe Biden has called for in speeches. Another coup attempt will only further inflame half of the country.

Again, the impeachment process in no way constitutes a “coup” of the sort former President Trump tried to carry out on January 6th. It doesn’t occur to her that Trump’s attempted coup inflamed more than half the country—that being the real “majority” who voted against Trump.

This Hail Mary attempt to remove President Trump is another attack on the Silent Majority that Democrats have always looked down upon.

Despite the former president’s “big lie,” the election results, along with numerous public opinion polls, show that his supporters do NOT constitute a majority.

The MAGA Republicans Refusal to Get the COVID Vaccine is a Deadly Symptom of Their Mindset.

I have a message for Democrats, including Joe Biden: the time of demeaning and destroying conservative Americans simply for their beliefs has come to an end.

I would contend that many MAGA Republicans have destroyed themselves by refusing to accept the reality of the 21st century world in which they live. Sadly, their refusal to get the COVID vaccine is the latest and most deadly symptom of their mind set.

We will stand up and defend the 75 million Americans who you are trying to cancel and ruin the lives of for daring to reject your Marxist ideology.

She already used “radical socialists” and “Communists,” so alas there’s nothing remaining in the MAGA tool kit but “Marxists.”

President Trump taught us how to defend our values.

Regrettably, he made it acceptable to show their true colors. There is evidence that what they value most is keeping America white.

We aren’t going away. We will never give up.

That’s what they fear most—being pushed out.