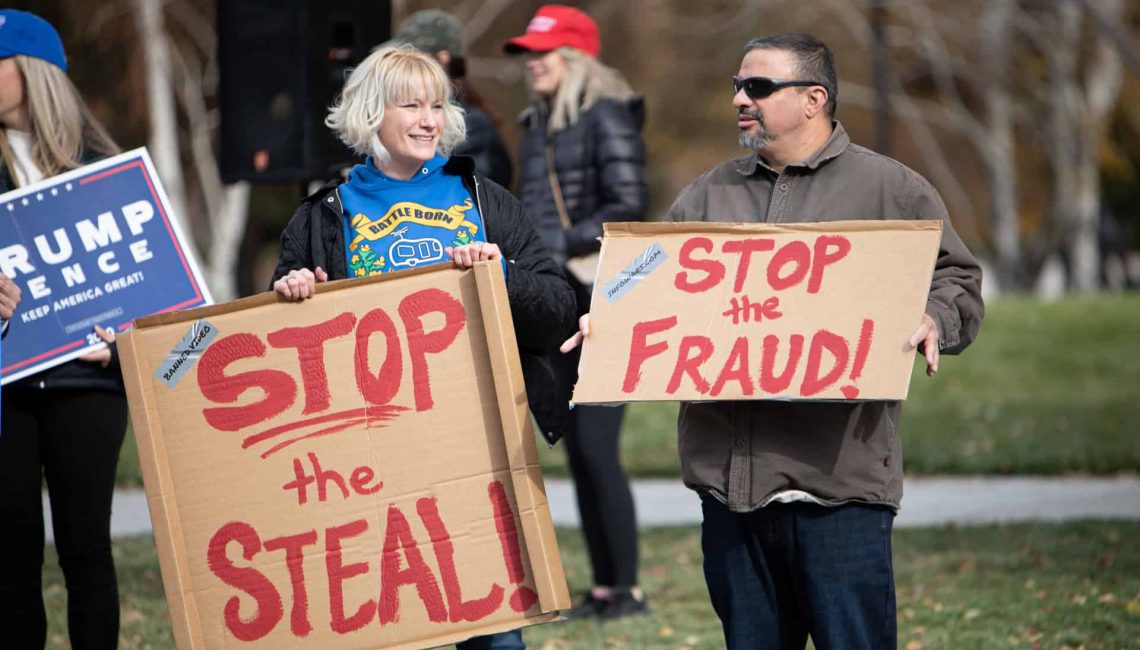 The late Poet Maya Angelou famously said, “When someone shows you who they are, believe them.” Sadly, by following Donald Trump, a sizeable portion of America has shown us who they are.  Not only should we believe them, but even if we empathize with some of their grievances and thus forgive them the errors of their ways, we should not forget what they have revealed about themselves and the state of our society.  Alas, we can only blame President Trump for so much.  Unfortunately, there are a lot of misguided people in this country who will be no less misguided just because their hero has moved out of the White House (assuming he ever does!).

A lot of the “MAGA” crowd could be seen this past weekend protesting in Washington, DC, shouting “Stop the Steal.”  There’s no evidence the Democrats stole the election from President Trump, but that’s almost irrelevant in these people’s minds; it’s fairly obvious they feel their country has been stolen from them.  Their real enemies may be automation, technology and the globalization of our economy, but they persist in blaming the “other” (the increasing diversity of America’s citizenry) and the “elites” (which as of late also includes “big tech,” seemingly based on President Trump’s squabbles with Twitter over his endless barrage of blatant lies). Trump promised that he would “stop the steal” of their country, but needless to say, he didn’t; he just left them with a terrible pandemic and a broken economy.  Many of these people are willing to die for their apocalyptic cause and sadly, as COVID deaths continue to increase throughout the winter, many of them will.

These People Refuse to Accept the Fact that America is Changing

It’s all too apparent—it’s been that way for some time, actually—that a sizeable portion of our country doesn’t want anything to change; they perceive any element of change as a threat.  Even worse, they refuse to acknowledge what’s already changed.  They don’t have a different view of where the country should go; they want it to stay right where it is or, more accurately, was.  Some of what “was” is nothing but a fantasy (We’re talking “Little House on the Prairie” and “Happy Days”), but a good deal of their nostalgia actually represents some very sad days for African Americans and other groups who were marginalized for decades, even centuries.  The only thing that is truly lost, and I would love to see us get it back, is the rise of the great American middle class that followed the World War II, a middle class that is diminishing every day as our economic inequality grows.

The Republicans’ Only Agenda is to Postpone the Inevitable

Any forward movement is a threat; it is the enemy they’re fighting. The ultimate example of defending an unacceptable status quo is Senate Leader Mitch McConnell, who did everything he could to stifle Barrack Obama’s presidency and probably intends to do the same to Joe Biden’s.  In his mind, no doubt, he’s protecting America from the “far left,” but for the rest of us, he’s just playing out the clock, again and again, rather than working with the new American majority, otherwise known as the will of the people, with no strategy other than to postpone the inevitable.  As I’ve mentioned before, the Democrats have won the popular vote in seven of the last eight presidential elections. Ideally, if democracy was working the way it should, Republicans would adapt their policies to suit a larger portion of the electorate and thereby win elections with comfortable pluralities without having to conjure up fantasies of voter fraud.  But, no, right now the Republican Party—what’s left of it, that is—just continues to dig in its heels with the same old playbook.  How long do they think they can go on like this?  How long to they think they can keep the majority of the American people down?  Who’s doing the stealing?!

What Mitch McConnel and his Senate Republicans don’t understand is that a sizeable portion of our population can’t wait any longer for fundamental change—change that is long, long overdue—as their lives pass them by, as another generation is lost to systemic racism and inequality.  While most of America saw the reaction to the killing of George Floyd this past summer as representing a major reckoning with racism in America, the “MAGA” crowd was far more concerned with violence erupting in our cities and seemingly believed themselves to be tolerating Black people’s existence one more time.  They think their patience is being tried.  WRONG!  I’m here to tell you that I’ve watched black people suffer under slavery and Jim Crow, and a thousand injustices since, and trust this humble spirit when I tell you, they are the ones who have exhibited patience.

I’ve spoken before of how the rest of us, and most especially “the elites,” bear a good deal of responsibility for the current state of affairs, and if President Trump and the “Stop the Steal” crowd will simply behave themselves for a single week, I intend to say a good deal more!