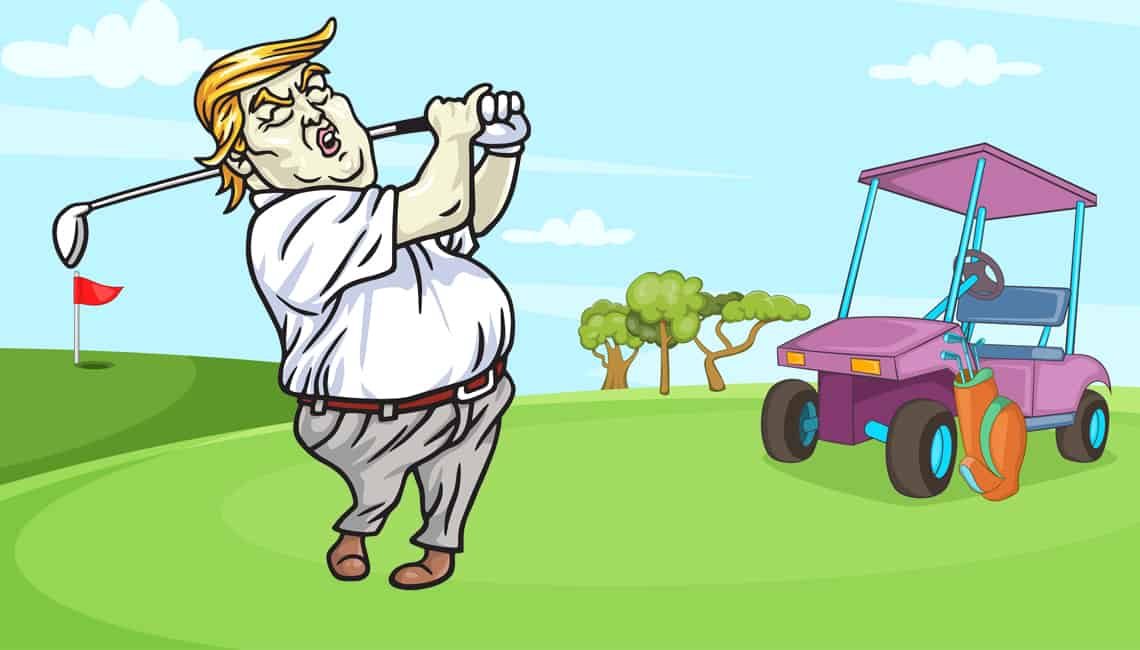 While U.S. Coronavirus cases spike to new heights and are expected to worsen in the next several weeks as America celebrates the holidays, President Trump doesn’t bother to attend his own administration’s Coronavirus Taskforce meeting, skips out on a virtual G-20 summit, and spends his days playing golf.  He’s drawing down the number of troops in Iraq and Afghanistan (despite the Pentagon’s advice not to), and apparently also considered bombing Iran (which, fortunately, his senior advisors talked him out of), but otherwise, indeed, he just plays golf. (I’m a staunch opponent of America’s endless wars in the Middle East and a “military class” endlessly stocking a volunteer army, but I don’t advocate putting our troops at risk and/or abandoning our allies simply to fulfill a campaign promise.)

Trump’s only motivation for remaining president, besides maintaining power for the sake of power, seems to be to avoid the debts, lawsuits and possible prison sentence that awaits him as a private citizen.  He certainly doesn’t care about the growing number of people lining up at food banks across the country who face potential homelessness when the eviction moratorium ends come December 31st, along with their unemployment checks.  The petty little man—we should never underestimate just how small Trump really is inside—doesn’t even pretend to care.  He only cares about his own bruised ego and wreaking vengeance on his opponents—the country be damned!

I thought I’d seen everything during my 150-plus years looking down on this earth, but Rudy Giuliani’s press conference last week was perhaps the most embarrassing display of humanity run amuck I have ever witnessed. (Some Confederate politicians made pretty embarrassing spectacles of themselves before, during, and after the Civil War, but fortunately in those days there were no television cameras to capture it for posterity!) To think that a man who was once a national hero and dubbed “America’s mayor” for his handling of the 9/11 terrorist attack on the World Trade Center has fallen so far is beyond pathetic.  In recent months, he’s often reminded me of one of those bizarre characters created by Charles Dickens back in my own day. (As it happens, one of my wartime tentmates, who himself became a noted author of the time, was one of Dickens’ early American fans.)

But that press conference—all that business about the voting machines being manufactured in Venezuela (when, in fact, they’re manufactured by an American company in Colorado) as part of a plot by Hugo Chavez (never mind that the man has been dead for seven years!) was damn near surreal.  Standing on the stage with his little band of desperate shyster lawyers, his hair dye running down his old face, Giuliani looked like something out of a Fellini movie.  No, I take that back; Fellini would have edited it out of his final cut for fear he’d finally gone too far and nobody would believe it was real (think about that one).

And what can I say about Trump’s Republican enablers that I haven’t said already?  They’re complicit in both the trashing of American democracy and the suffering of thousands of Americans impacted by COVID-19.

It’s time to reward work, not just wealth, in America.