Sick of COVID, but Sicker of Trump! 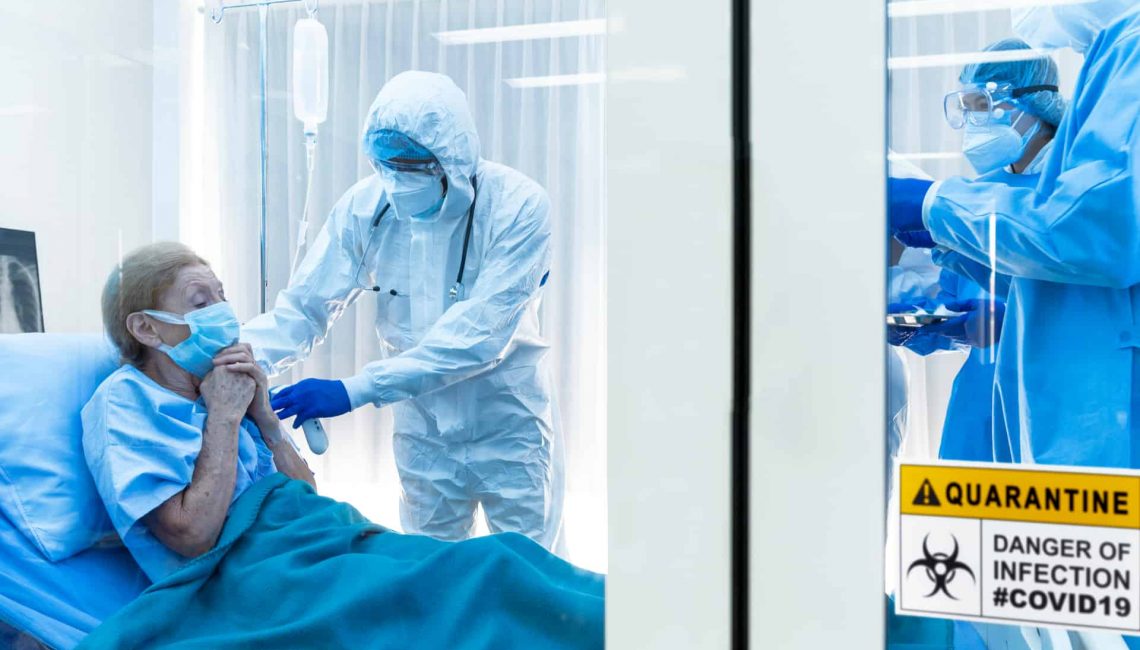 As the country continues to break its daily record for coronavirus cases, which means hospitalizations and deaths are sure to follow, President Trump not only remains in denial, but has the audacity to claim that America is sick of hearing about the pandemic. “COVID, COVID, COVID,” he shouted at one of his rallies last week, claiming that it’s all the media wants to talk about, or at least until November 4th.  Does he think it’s a reality TV show and we can just change the channel?  Unfortunately, because of the president’s failed leadership, the COVID pandemic will likely remain the top news story for many months to come, not only through a “dark winter” but most likely through all of 2021.  Maybe his base is sick of hearing about the pandemic, but the rest of us are just sick and dying!

What a disaster for our country, and one that didn’t have to be.  Hopefully we can at least stop talking about President Trump come November 4th, assuming he goes quietly.  I watched this country survive the Civil War, the Great Depression, and two world wars, but I honestly don’t know if we can survive four more years of a human being as disastrous as Donald Trump.  Unlike his Atlantic City casinos and other business failures, he can’t just add America to his long list of bankruptcies and walk away while the lawyers clean up the mess.  And unfortunately, this time the mess is almost a quarter million people dead, a number that could easily double.  It’s as if the entire country is suffering from a bad case of “Trump derangement syndrome,” as his former lawyer, Michael Cohen, calls it.

Pass Another COVID Stimulus Bill Before We All Die of Old Age!

It will no doubt take our country many years to recover from Trump derangement syndrome, but as I said last week, and will keep saying until it happens, Congress and the White House need to pass the COVID stimulus bill before the entire country dies of old age, never mind coronavirus!  No matter how the election turns out, we need to get help to millions of Americans whose incomes have been wiped out by the pandemic—they’ve exhausted their savings, if they had any to begin with; many are facing eviction, if they’re not already homeless, they’ve lost their health insurance and are unable to pay for healthcare when they need it most; and lest they keep even a portion of their dignity, they are forced to line up at food banks to feed their families.  Is it me, or does it sound like we’re back in the Great Depression of the 1930s?

The President objects to the Congressional Democrats’ COVID stimulus package because it “bails out” “blue states” that he claims are poorly run by Democratic governors and/or legislatures.  The obvious retort is that COVID has devastated ALL of America, and we should assist ALL states, whether they are run by Democrats or Republicans.  As much as I agree with that sentiment, please allow me to refute the President’s latest false premise—that the red states support the blue states, and therefore red state residents are being taken advantage of.  It’s just one more way for the President to sow division and feed the anger and resentment of his red state base.  He’s promoting the falsehood that “coastal elites” take advantage of average Americans in the heartland.

Now, it’s true that our country’s horrific inequality is most visible in places like New York City, Washington, DC, Los Angeles and the Silicon Valley, and if many red states residents saw it for themselves the resulting riots would most likely dwarf the big city protests of this past summer.  But the fact is, blue states contribute more than their fair share of the country’s tax base and gross domestic product (an obsolete measurement, but that’s another story).  Red states are among those that receive the most federal funding compared to what they collect and contribute in federal taxes.  And guess what—the states collecting the most in federal taxes compared to what they receive in federal funds include some of the bluest states: Connecticut, New Jersey, Massachusetts, and New York.

America is More Geographically Divided than at any Time Since the Civil War.

Given the way America has evolved—socioeconomically and demographically—no large cities, even those in otherwise red states, vote Republican, or at least not very often.  In the meantime, small towns and rural areas have become primarily Republican, and where those areas dominate, well, guess what, the result is a red state.  As Hilary Clinton asserted (albeit undiplomatically), when she ran for president, she won the areas that represent two-thirds of America’s GDP. “I won the places that are optimistic, diverse, dynamic, moving forward,” she said.  Whether or not we agree with all her adjectives, the essence of her statement is true—the precincts and counties she won in 2016 represent about two thirds of the nation’s economic activity.  Although some people may not like it, the America of the future will be far more blue than red, which is why the Republicans are becoming more desperate every day.

I’ve been hanging about this earth for almost 200 years, but I’ve found nothing more exhausting than the current election and President Trump.  His endless, shameless lies are simply too much déjà vu all over again, again and again, for my delicate, ghostly constitution.  Please vote and get his sorry, embarrassingly fat ass out of the White House so our country can start to recover from Trump derangement syndrome.