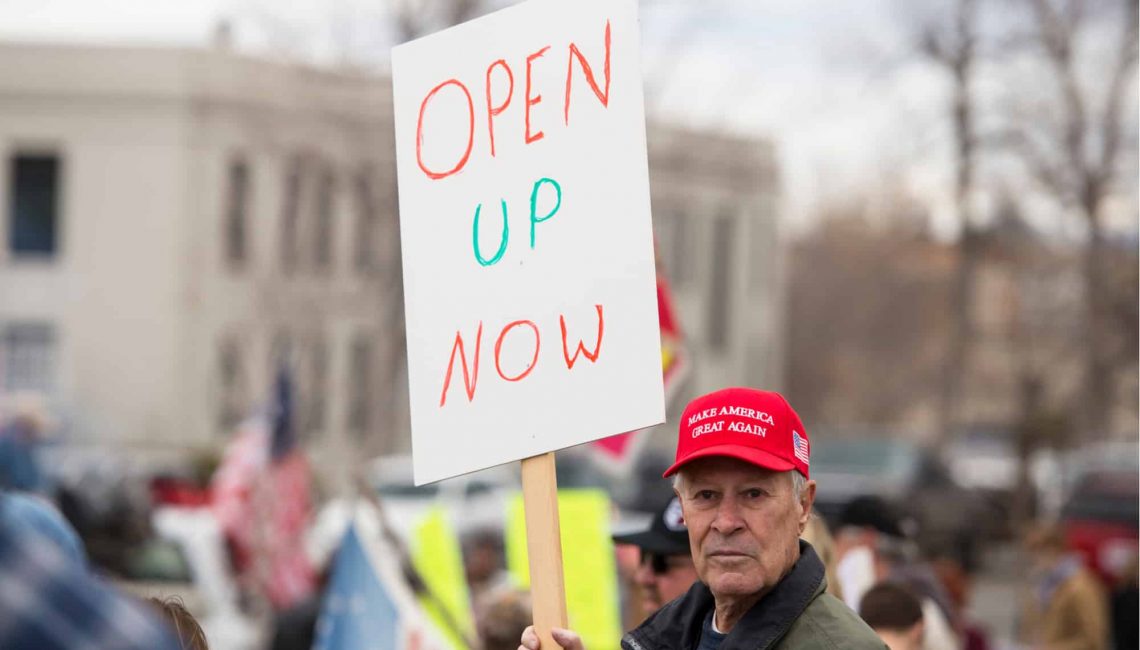 I remain very sorrowful over what you mortals are enduring in the COVID-19 crisis.  Life is tough enough for most people without having to worry about you or your loved ones suddenly getting sick and possibly confronting a terrible, early death.  We can only thank goodness the disease generally spares children and young people, although even they can be vulnerable, if they have an underlying health condition.  But needless to say, the old folks amongst you aren’t so fortunate.

Right now, dozens of states are in the process of “opening back up,” making decisions about where people can and cannot go, what types of establishments can be open for business, and exactly how they should go about it—requiring people to wear masks, social distancing, and so forth.  I do understand why all you living people want to get out there and, well, live, AND a lot of folks NEED to get back to work to pay their rent, put food on the table, and hopefully forestall an out-and-out economic depression, but I sincerely hope you’re not too hasty.  Even the White House guidelines specify that a state should see a steady decline of COVID-19 cases for at least 14 days before easing restrictions, and as of this writing, not a single state can claim as much.

Too Many People Refuse to Believe in Science

Among the many challenges of combating this virus is how many people who contract it don’t have symptoms, don’t know they’re sick, and unknowingly go about their daily lives getting other people sick.  If those people are young and healthy and have strong immune systems, they might not be severely impacted, but if they’re older people or have underlying health conditions, such as asthma, diabetes or even cancer, the result can be deadly.  And if the next healthy young person isn’t visibly affected by the virus, they, in turn, spread it—and so the virus continues to spread amongst the population.

Right now, there are “liberate” protests going on in states all across the country—some led by right-wing extremists and some openly carrying guns, who seek to turn what should be a non-political public health decision into another rally against the tyranny of big government.  Without acknowledging that “big government” is never more important than at times like this, some go so far as to claim COVID-19 is a great conspiracy on the part of the liberal elite, a way to not only take away their rights (such as toting guns into state capitol buildings!), but take away their livelihoods as well.  If only those people understood that the “science” they so despise is the only thing that can save them and the country from this awful virus.  Instead, they lash out at the doctors and scientists—and their elected officials who are trying to follow the scientists’ guidelines—and view the COVID-19 crisis in the same light as “climate change,” something else they refuse to acknowledge and are convinced is nothing but a conspiracy on the part of the liberal elite.  Indeed, there is an entire American subculture that not only rejects science, but seemingly refuses to accept that they are living in the modern world, a peculiar phenomenon I intend to address further at another time.

If We’re Not Careful, COVID-19 Will Come Back with a Vengeance

Right now, I want to focus on the dangers of the “liberate” protests and our country trying to get back to “normal” too soon.  The Pandemic with which COVID-19 is most frequently compared is the 1918-1919 influenza pandemic, known as the Spanish flu, which killed almost 700,000 in the United States and 20 million worldwide.  While thankfully it still appears that COVID-19 is not as deadly (young, otherwise healthy, adults were especially vulnerable to the 1918-19 flu), we can certainly learn from our forebearers’ mistakes.  In that pandemic, the flu seemed to lessen in the fall of 1918, partly because of people wearing masks and taking other precautions, and then came back with a vengeance in early 1919, no doubt the result of people easing up their vigilance.  The second wave killed even more people than the first, and most of those deaths could probably have been prevented.

Over 30 million Americans have been put out of work by the closures necessary to slow the pandemic, and it appears our country is approaching an economic catastrophe not seen since the Great Depression of the 1930s.  While I fully acknowledge that you mortals have to earn a living, please, please, don’t make history repeat itself in the worst way.