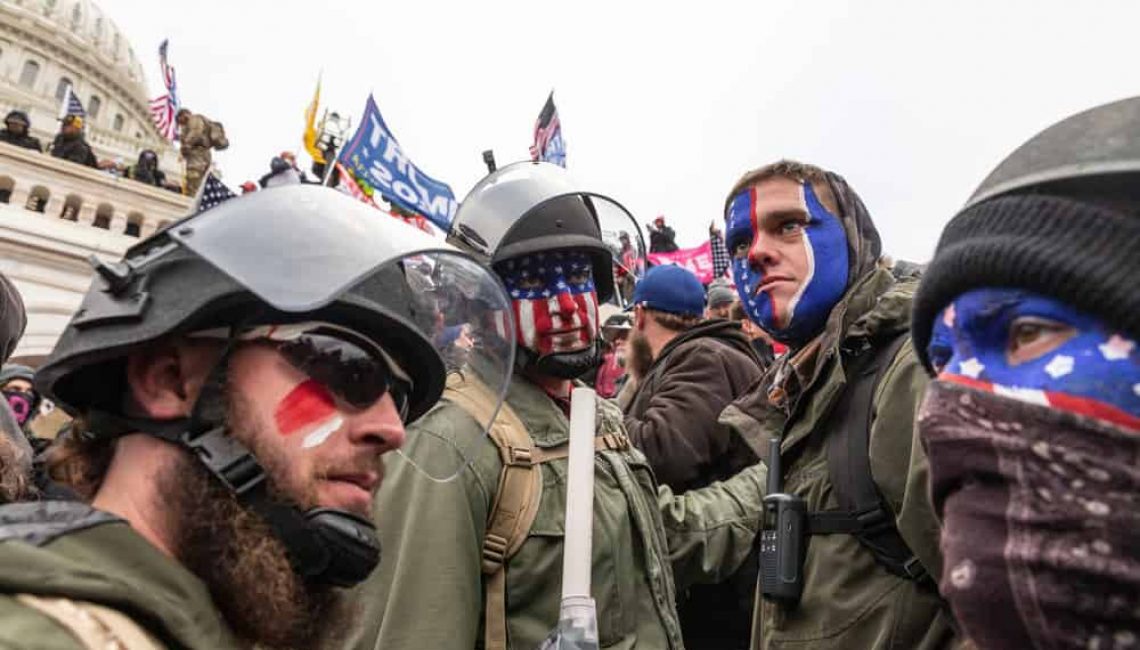 Even from the perspective of someone who’s been hovering about this earth for almost 200 years, 2021 was an awfully disturbing and sad year, and it’s good to see it end.  Here are some of the year’s events—many of them ongoing, growing threats—that resonated most with your humble spirit.

The group of MAGA thugs who invaded the U.S. Capitol were a pretty scuzzy bunch, a group that even Donald Trump would have difficulty referring to as “very fine people.” It was frightening to see who Trump’s most avid supporters really are, the people hungriest for his hateful, racist rhetoric.  These people are filled with hatred and resentment because they’ve lost all sense of worth except for their whiteness.

Never mind “white privilege,” these people think it is their God-given right and duty to defend Jim Crow era white power and control.

When Donald Trump and his new party of “MAGA Republicans” talk about “Taking back our country” and say “Our incredible journey has only just begun,” it’s pretty damn scary.  The insurrectionists and their far-right MAGA ilk constitute a heavily armed force nurtured to threaten and attack their political opponents.  They’ve shown us who they are, and we need to believe them!

Our Democracy is at Risk

Republican legislators want us to believe the Democrats can only win through voter fraud, but evidence suggests the Republicans can only win through voter suppression and REALLY stealing elections by ignoring the will of the voters.  We need to stop the Republicans from making it harder for the Democratic constituency—people of color, the young, and the poor—from voting.  And more importantly, we can’t allow Republican-controlled state legislatures to overturn elections if they don’t like the outcome.

Our democracy was in serious trouble long before Trump’s “big lie” took hold of the Republican Party. Is there any denying that our so-called “citadel of democracy” has long-since evolved into a corrupt den of lobbyists? Too many Americans no longer value a democratic government that no longer works for them.

The Killing of Black Men Continues

After each police killing of a Black man there is a debate over what happened and whether the officer’s actions were justified. The circumstances may vary, but the fundamental reason for each police killing of a Black man is the same—white America has never overcome the demons it created for itself when it held Black people in bondage for almost 250 years, followed by 100 years of Jim Crow.

Unless we confront the systemic racism that permeates our society and the modern-day “slave power,” and by that I mean the mighty economic system that has brought us growing inequality and social injustice, the killings of Black men will continue, despite any amount of training and accountability. The police can’t be expected to bridge the tremendous gap between our country’s aspiration to provide liberty and justice for all versus the reality of Black people being held down by lack of opportunity and unequal justice.

The right still wants us to believe that black and brown grievances are manufactured by the “liberal elite” to advance their supposedly leftist socialist agenda.  More than 150 years after emancipation, they still think like slaveholders blaming the abolitionists for stirring up trouble.

Right-Wing Media and the Evil they Preach

MAGA media aren’t even legitimate performers or personalities, let alone real journalists.  Like their hero, Donald Trump, they’re essentially grifters who found a profitable gig.  And like Trump, they’ll promote any lie if it suits the mythology embraced by their audience—the belief that white America was a perfect place that is being destroyed by liberal “elitists” using black and brown people to help them win elections.

The MAGA Republican “base” has frequently shown themselves to be deluded—especially by supporting policies that hurt rather than help them—but their behavior in the face of the COVID pandemic is nothing short of delusion on steroids!  Even if you offer them a vaccine that can save their lives, the MAGA’s dislike and distrust of government, their despised “elites,” the media, and “socialist conspiracies” is so great they would rather die than get vaccinated.  Some MAGA’s honestly think that dying from COVID is dying for liberty—“Give me liberty or give me death”—but they’re just committing mass suicide.

Folks, Economic Inequality is Only Making Everything Worse

Big business claims consolidation benefits consumers by increasing efficiency and lowering costs, but the evidence shows it makes top executives and major stockholders rich and reduces competition—those at the top increase their wealth and power, while everyone else loses. The “misguided 40-years experiment” started when the Reagan administration began dismantling governmental protections in the 1980s.

Our country’s ruling class—call them the “elites,” the wealthy, the top 10%, meritocracy’s winners, you name it—can’t keep getting richer while everyone else gets poorer. The pie can’t keep getting smaller while economic inequality gets larger!  Equality?  It sounds more like the formula for a good old-fashioned revolution!  We need to come to grips with the fact that our country’s economic and social inequality is a ticking time bomb, a small sample of which already went off at the U.S. Capitol on January 6th.

Wishing you all a HAPPY NEW YEAR!