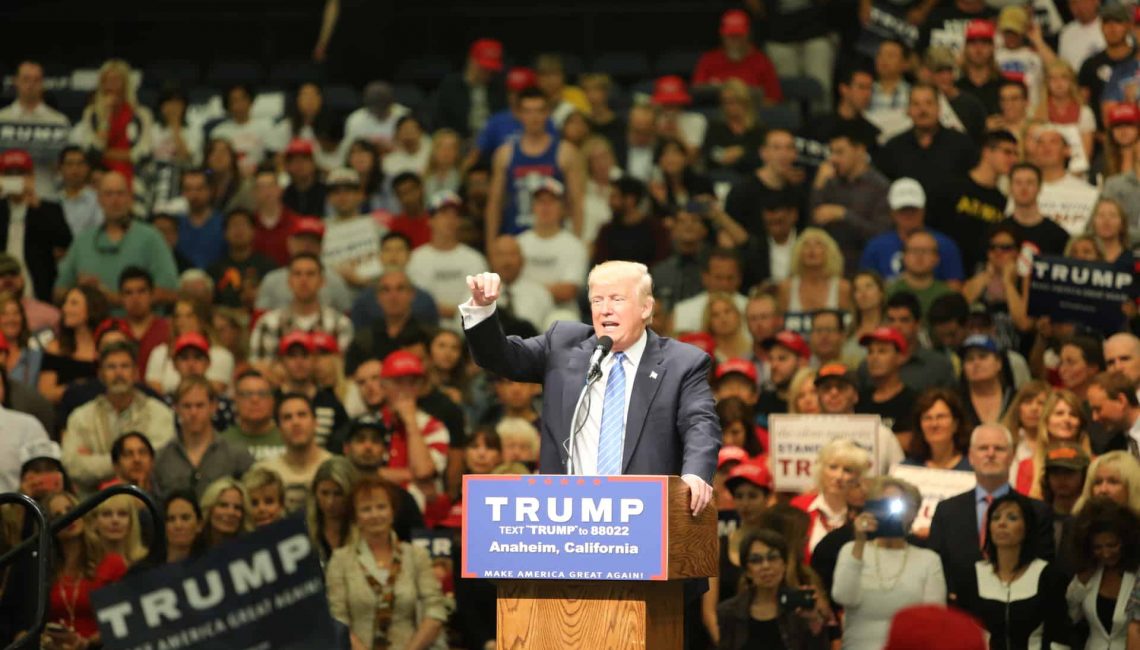 Dog whistle?!  The rhetoric at last week’s Republican Convention went well beyond even a bullhorn to point of hysterical frenzy.  If it weren’t so frightening, much of it would have been hysterically funny as well (could Saturday Night Live possibly outdo Kimberly Guilfoyle’s over-the-top performance?).  As I and others have said before, these people are in an apocalyptic battle to save “White America,” an idealized version of a time and place that never was.

Speaker after speaker expressed the fear that if America doesn’t remain a white majority country, all is lost:

Rather than come out and say what they really mean, of course, they warn us of the danger that America will succumb to the extreme left and their supposedly socialist agenda. (This reminds me of my roommate at West Point forever accusing me of being a socialist, but that was over 150 years ago!) What they really fear is that America will no longer be a white majority country, that white people will be dominated by the “other” – people of color, and most especially Blacks.  When Trump is declared the “bodyguard of western civilization,” is there any doubt that “western” means “white,” and the threat to civilization is the “other,” people of color who they  portray as barbarians at the gate?  According to their narrative, if President Trump isn’t reelected, the “mob” of the “other” will be unleashed to attack (white) suburban neighborhoods.

If you ask me, it all goes back to white Americans’ fear of slave insurrections and Indian uprisings.  Never mind that if you don’t enslave human beings for profit or drive them off their land and put them on reservations you can avoid such problems.  Since the Republic was formed, white settlers pushing farther and farther west demanded the army (the cavalry, actually, which is what I and so many of my fellow cadets at West Point would have joined if the Civil War hadn’t come along) protect them from Indian raids, and there was nothing that terrified antebellum slaveholders more than the possibility they could be murdered in their beds by rampaging Negroes.

We all know that today, as throughout history, moneyed interests (currently known as the top 1%, aka Wall Street, big banks, and big business, etc.) use racism to distract people from their real grievances.  It’s the oldest trick in the book, with the possible exception of accusing their enemies of being socialists, of course.  With over 8.5% unemployment, over 1,000 COVD-19 deaths a day, and economic inequality reaching new heights, it’s no wonder the race-baiting hate mongers have gone full throttle.

And now we’re seeing the rise of white vigilantism, people like the 17-year-old kid who shot and killed two people in Kenosha, Wisconsin last week.  These people may be well-intentioned and honestly believe they’re saving white America from the mob, but they are the mob, as good as a modern-day incarnation of Jim Crow lynch mobs.  It’s downright frightening that the police allowed that kid to wander down the street carrying an AR-15-style rifle in full view, but shot Jacob Blake, a Black man, seven times in the back, the justification being that he was carrying a knife.  It sounds as if the Kenosha police envision themselves as being at war with America’s Black citizens and welcome white vigilantes as their allies in the fight.  If this alliance is allowed to flourish, indeed, America will no longer be America—it will be a fascist police state.

Ask yourself this: how many white suburbanites have been killed by “the mob” versus how many people have been killed by the COVID virus during the same time period?  The fear that President Trump and his trusty band of enablers are stoking isn’t rational; it’s taking advantage of white America’s deeply ingrained, irrational fear of the “other.”