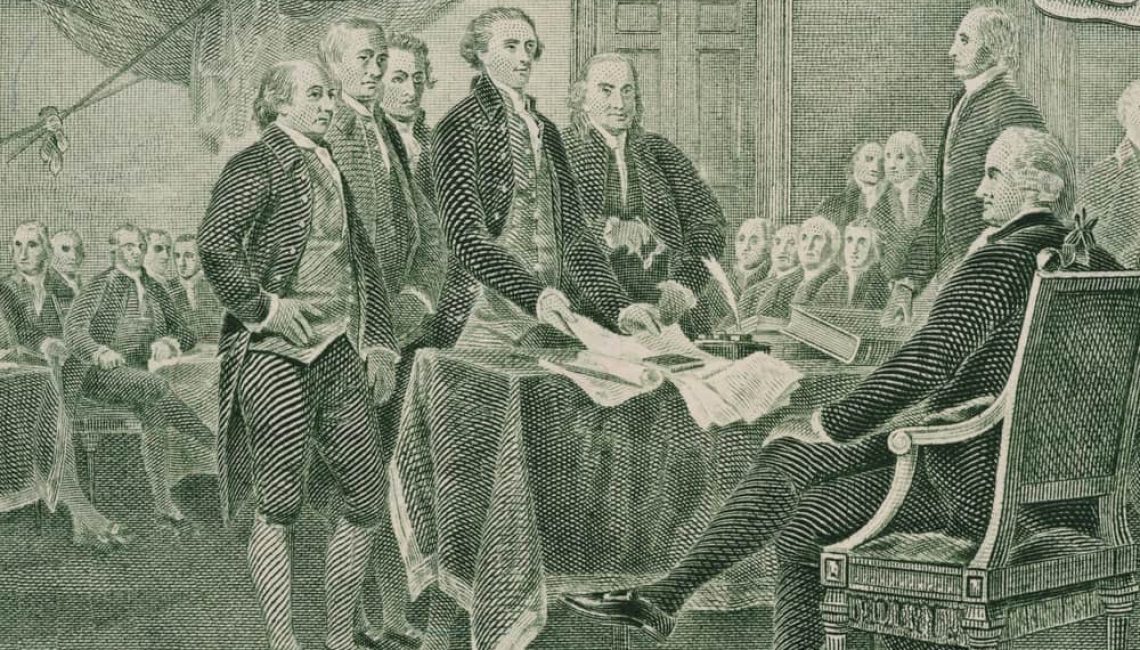 Before reading any further and concluding things aren’t going to get better in 2021, please know that President Biden disbanded Trump’s “Advisory 1776 Commission” on his first day in office—the only question being why he waited as long as he did!

President Trump established the commission last fall after the nationwide Black Lives Matter demonstrations, blaming the country’s school curriculum for the violence and claiming the “rioting and mayhem are the direct results of decades of left-wing indoctrination in our schools.” It didn’t occur to him, of course, that the protestors had legitimate grievances based on the country’s history of systemic racism and his own failed leadership, which only led to increased racial and economic inequality.  No, let’s use taxpayer’s money to establish a commission to write a bunch of bullshit, and I do mean bullshit!

Given the now defunct “commission” was made up entirely of conservative educators, not surprisingly, the resulting report asserts that America’s universities are “hotbeds of Anti-Americanism, libel, and censorship that combine to generate in students, and in the broader culture, at the very least disdain and at worst outright hatred of this country.” In fact, most of the report reads like a collection of right-wing talking points, including equating progressivism with slavery, communism, and fascism, and attacking “identity politics” and “cancel culture” as if they are the root of all evil.  It’s hard to pick the worst section of the document, but “the Historical Precedent for Identity Politics” is a good candidate, including the following:

“In portraying America as racist and white supremacist, identity politics advocates follow Lincoln’s great rival Stephen A. Douglass, who wrongly claimed that American government ‘was made on the white basis by white men, for the benefit of white men.’ Indeed, there are uncanny similarities between 21st century activists of identity politics and 19th century apologists for slavery.”

How dumb is that?!  That’s one of the stupidest things this humble spirt and veteran of almost two centuries hovering over the planet earth has ever heard!  “Advocates for identity politics” (assuming there really is such a thing) don’t “follow” Stephen A Douglas; rather, Douglas’s words testify to the reality of the history this country is still fighting to overcome.  Douglas was rationalizing the continued existence of slavery; 21st century activists are fighting to overcome slavery’s ugly legacy.

The Report Reads Like a Collection of Right-Wing Talking Points

As if the apologists analogy wasn’t bad enough, the authors go on to cite John C. Calhoun’s pro-slavery arguments and claim that “In the context of American history, the original form of identity politics was used to defend slavery.” Clearly on a roll, the authors then top themselves by claiming that “when activists are discussing seemingly innocuous campaigns to promote ‘diversity,’ they are often aiming for fundamental structural change.”  Yeah!  They sure are!  They are aiming to overcome “structural” racism and change a flawed political and economic system—as they should, and as do I!

Importantly, the report calls for a “patriotic education” with a “pro-American curriculum.”  Needless to say, given the right-wing’s recent definition of “patriotism” (remember, the mob that attacked the Capitol claimed to be patriots!) and the fact that lately some interpret “pro-American” to mean “pro-Trump,” it’s definitely reason for concern.  Coming from the 19th century and observing slavery and the Civil War firsthand as I did, there’s nothing I feel more strongly about than people understanding the truth about America’s past.  We need to be teaching the truth, not indoctrinating another generation in the same old lies and fantasies.