Support the “For the People Act” 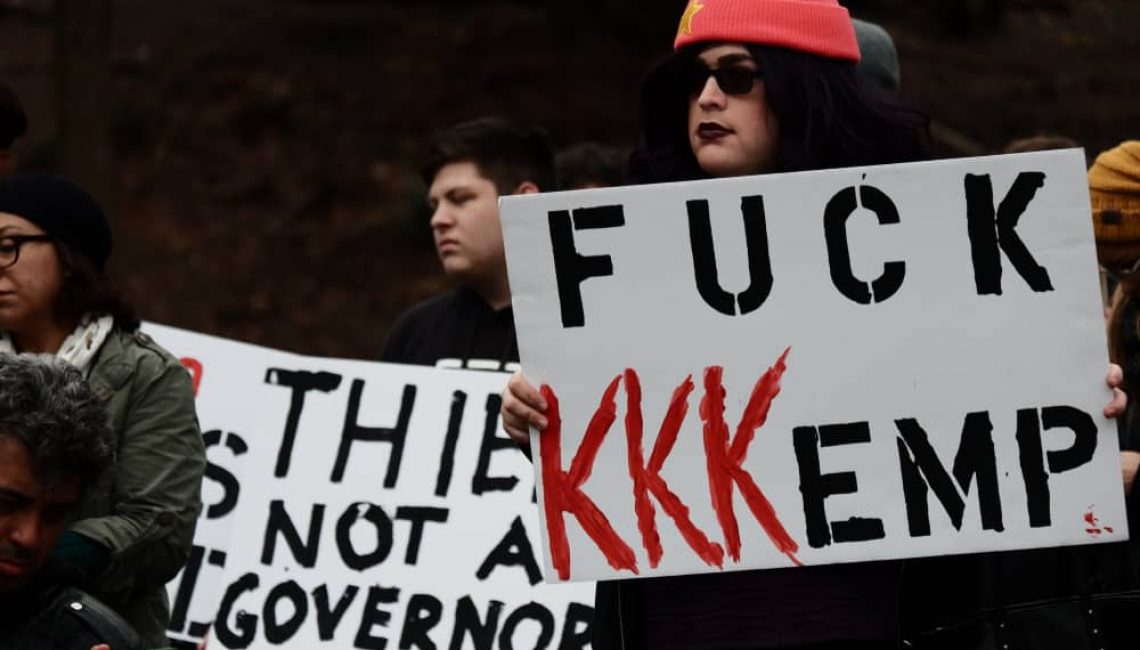 So, what do you think of Georgia Governor Kemp signing a bill to curtail voting rights and suppress the Democratic vote, happily surrounded by a bunch of middle-aged white men with a picture of a slave plantation hanging in the background?  And just to add to the good old-fashioned southern charm and hospitality, he had his Georgia state troopers arrest a Black female state senator for merely knocking on the door.  Sadly, it pretty much tells the story of where the state of Georgia is today.  For Governor Kemp and his merry band of white-haired white men, the scene undoubtedly depicts the world as they would still like it to be.  Is there any question that, if they had their druthers, Georgia would go back to how it was 100 years ago, maybe even 200 years ago?  That painting on the wall surely depicts a time in which the governor and his lieutenants would have been happy and secure, but it represents what was a hellish existence for the African Americans who were enslaved there.

Last week I talked about the voting restrictions Republican legislators are working on in over forty states nationwide, and lo and behold we have our first example in Georgia.  Suffice to say, I agree with President Biden’s characterization of the new law: “This is Jim Crow in the 21st Century.” The Georgia law harkens back to the late-19th century and the Jim Crow era, when Southern states managed to ignore the 15th Amendment by enacting poll taxes, literacy tests and other restrictions that disenfranchised virtually all Blacks (or rather Black men, given it was well prior to women’s suffrage).  It wasn’t until the Voting rights Act of 1965 that Congress finally prohibited such forms of voter suppression and guaranteed all citizens the right to vote regardless of race.  If we’re not careful, restrictions such as contained in the Georgia law—and now making their way through other state legislatures across the country—could effectively undo what it took so long to achieve.

The root of the problem is the Republican Party’s increasing inability to win national elections without suppressing the Democratic vote.  For the longest time, the party was supported by big business interests, while it won elections based the white identity voters’ backlash against the civil rights movement, later the women’s movement and a host of “liberal” issues that eventually morphed into the ever popular “culture wars.” In the meantime, those white identity voters discovered the likes of Rush Limbaugh and Fox News, which nurtured their extremism.  The result is a Republican coalition that represents a shrinking part of the electorate and can’t attract voters beyond their base, leaving them no choice but to suppress the Democratic vote.

Thankfully, Congressional Democrats want to create national election standards that would circumvent much of what the Republican state lawmakers are trying to do, including universal eligibility to vote by mail, at least 15 days of early voting, and online voter registration, as well as change campaign finance laws to reduce the influence of money in politics, limit partisan gerrymandering, and create new ethics rules for federal officeholders.  The bill, which is now called the “For the People Act” has already passed the Democrat-controlled House but faces stiff Republican opposition in the Senate.  President Biden is so far reluctant to end the filibuster (which effectively means 60 votes are needed to pass legislation rather than a simple majority of the 100 members), and the potential opposition of two Democratic senators, Joe Manchin of West Virginia and Kyrsten Sinema of Arizona, may make it downright impossible, meaning the Act might not get passed and it’s a scary time for our country.

I worry that many of you mortals take your right to vote for granted, but having been around as long as I have, I feel like I watched this all happen before, and don’t want to see it happen again.  Maybe calling the Georgia Law “Jim Crow 2.0” strikes some people as hyperbole, but I urge you not to close your eyes to what’s going on.  Now it’s up to us to “Stop the REAL Steal.”