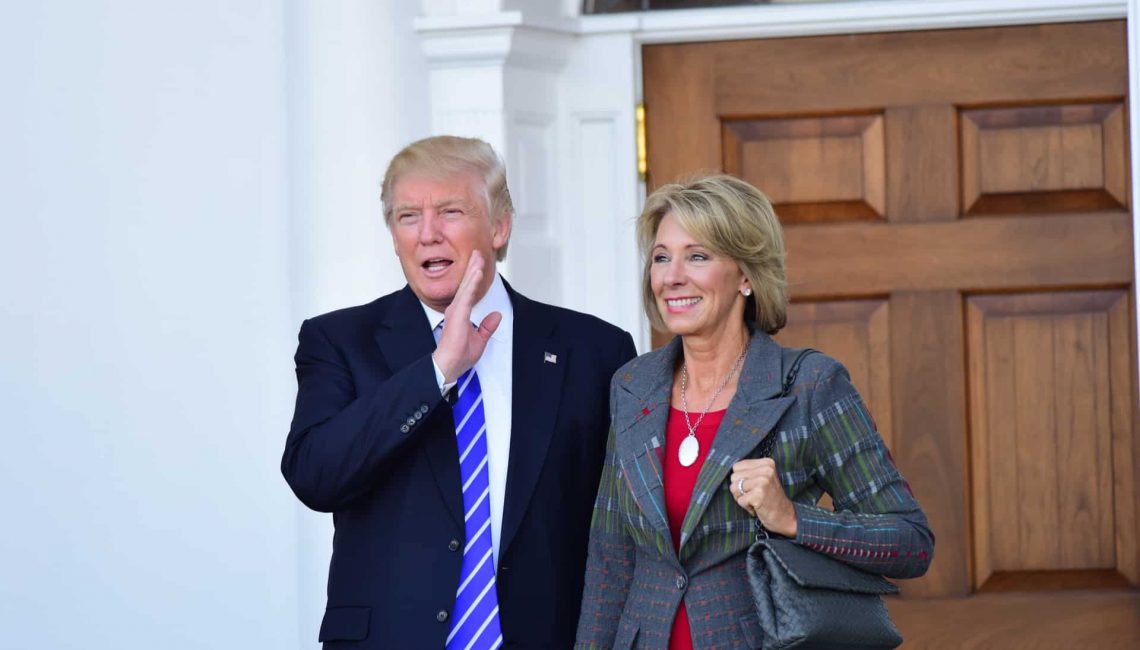 President Trump’s threat to withhold federal funding from public schools that do not open this fall in accordance with his wishes should not be taken lightly, even if, as per usual, he lacks the power to follow through.  Nothing is more important to an egalitarian democracy (what America still aspires to be, despite our growing inequality) than providing a quality education to ALL its children, and there is no question that Trump and his education secretary, Betsy DeVos, are enemies of that ideal.  DeVos and her family are major supporters of rightwing candidates and causes, including the privatization of public schools.  She favors charter and private schools in which the curriculum can be used to “build God’s Kingdom” (yeah, she’s one of those!).  She is a champion of vouchers for such institutions while simultaneously defunding public education and would like nothing more than to use the sickness, death and economic destruction of the COVID pandemic to further her misguided agenda.

When asked about the President’s threat to withhold funding from public schools that do not comply with his order, she replied that funding would be available for people who want to have their children schooled: “American investment in education is a promise to students and their families.  If schools aren’t going to open and fulfill that promise, they shouldn’t get the funds. . . give it to the families to decide to go to a school that is going to meet that promise.”

In other words, money would be available to people who want to educate their children HER way.  For people like her—that is, Trump and his merry band of enabling cronies—everything presents the opportunity to destroy the country the rest of us spent generations building.  Sometimes I feel like everything positive that’s happened in America in the last 150 years or so is now under attack by the spiritual heirs to the elitism, racism, and above all, the power hungry greed of the antebellum Cotton Kingdom.

How much education do you need to whip and rape slaves?!

When I was growing up in the 1840s and 50s, childhood education, what we now take for granted as public K-12, was almost non-existent in the South, not just for enslaved Blacks, but for poor whites as well.  Educating slaves was illegal, and the Cotton Kingdom’s lords and masters had no reason to educate poor whites, who needed to be kept in their place (sound familiar?).  The Cotton Kingdom, whose wealthy MALE children attended private academies, had no motivation to improve the lot of lower-class whites, let alone the Black slaves.  Many heirs to the Cotton Kingdom, of course, went without much education, given it wasn’t necessary to maintaining wealth and power.  When there’s practically no social mobility, why go to the trouble of educating yourself?  After all, how much higher learning do you really need to whip and rape slaves?!

The lack of education (most especially mathematics) in the South was the primary reason so many Southerners failed the entrance examination at West Point (my alma mater, I’ll remind you) or were later “found” for poor academic performance.  In fact, one of the reasons I was selected for the appointment was that our congressman knew my education would enable me to succeed at the Academy rather than be another embarrassment to his district.

I urge Americans not to take the benefits of a public education system for granted or forget that it behooves a substantial segment of the modern-day Cotton Kingdom—as personified by Betsy DeVos and her family—to destroy it.