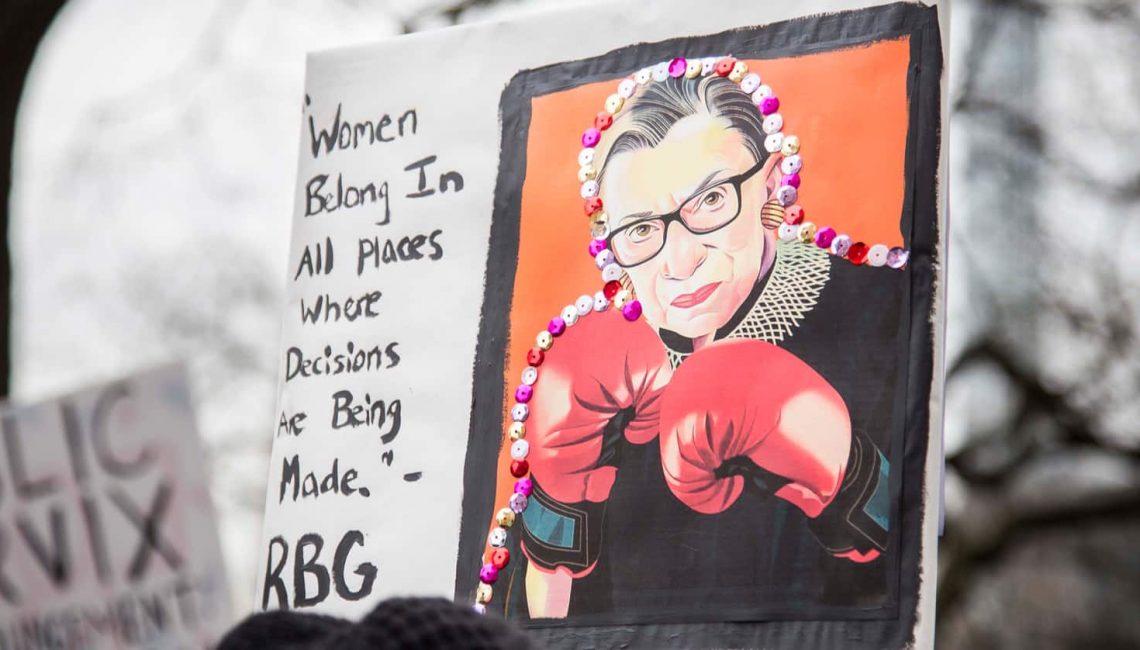 I was planning to vent my wrath over President Trump’s assertion that America’s disastrous record in fighting the Coronavirus is attributable to the “blue states,” another of his seemingly endless falsehoods, but the death of Justice Ginsberg should takes priority over the President’s latest stupidity.  Justice Ginsberg was a lifelong champion of gender and racial equality, and her passing is a devastating loss for the country.  Even worse, a great tragedy is about to unfold for the country if President Trump and Senate Majority Leader Mitch McConnell succeed in replacing her with another devotee of the conservative, backward looking, Republican agenda, the likes of Brett Cavanaugh and Neil Gorsuch, Trump’s previous Supreme Court appointees.

I should mention that Mitch McConnell professes great admiration for my cousin (my mother’s cousin, actually), Henry Clay, another Kentucky Senator, who was known as the “Great Compromiser” in his day (1777-1852) for helping to postpone the Civil War no less than three times.  I seriously regret that  “Cousin Henry” may have prolonged slavery in the name of preserving the Union, but I’m confident the man would be turning over in his grave and retching vomit if he saw what McConnell is doing in the name of his antiquated, old white man’s, vision of what America should be.  Justice Ginsburg pushed America to live up to its greatest ideals, its promise and potential, while McConnell wants to keep it forever in its flawed past.

President Trump, it has long-since become clear, only care about his own interests and getting reelected, and has no vision of America whatsoever.  If his “base” subscribes to Leader McConnell’s vision of America, which it most surely does, that’s all the President needs to know.

Bottomline: America’s Greatest Ideals are a Threat to the Top 1%

Which brings me back to blue states and red states.  It’s become commonplace to say the country is more divided now than at any time since the Civil War, but I increasingly fear it is even more so.  One group wants to take America into the future, while the other wants to return it to the past, the latter engaging in that apocalyptic battle I’ve spoken of before.  All the while, most of the top 1% couldn’t care less who wins, just as long as they hold on to wealth and power (think Trump’s all but sacred stock market), just like the lords of the “Cotton Kingdom,” that awful slave power I can’t help always coming back to.  The sad fact is, America’s greatest ideals pose a threat to their interests, so they’re all too happy to let the flawed past prevail.

Putting aside the nauseating premise that blue state lives don’t matter because they don’t vote for President Trump, at this point the number of deaths in red states are about to overtake those in blue states, and despite the endless bullshit Trump likes to feed his base, in truth the blue states contribute far more to the federal coffers than red states, and the red states are more federally dependent.  But just as he ignores so many facts, so much reality that doesn’t suit his purposes, the President will likely continue stoking the fires of division to no good end but his reelection—which is no good end!

My Cousin Henry may have been well-intentioned in trying to preserve the Union, but in doing so he helped prolong slavery for some thirty years.  I fear that Leader McConnell’s effort to preserve an old white man’s vision for America will result in a similar tragedy.