1. The Monster on Uncle Baylor’s Back

“Aryanna, a little mulatto girl who lived on our farm, was my first friend when my mammy let me out in the yard to play. We’d been keeping each other company for maybe close to a year when my world was shaken—I learned that white people owned black people.”

Available now for download at the link below.  No credit card required. (We didn’t have credit cards back in the 19th century when I was around and we got along just fine!)

This Ain’t Your Grandfather’s Confederate Bullshit!

I was dubbed the “gallant Pelham” by General Robert E. Lee of the Confederate States of America, and subsequently got myself killed fighting for that terrible cause, maybe the worst cause that ever was.  We can all thank God it became known as the “lost cause.”

This is one in a collection of excerpts from an upcoming series of historical fiction that tells my life story and confronts the darkest side of the antebellum South: how slavery and the sexual exploitation of the antebellum plantation system defined manhood for generations and led to the death and destruction of the Civil War.

What Others are Saying About The Gallant Pelham 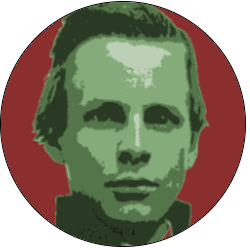 You might say I sold my soul to the devil.

History remembers me as a hardcore rebel fighter and even “the stud of the Confederacy,” but the truth is more complicated than that.  Despite being an abolitionist sympathizer who knew the Cotton Kingdom’s war on behalf of slavery was evil, I sold my soul to the devil in exchange for fame, glory and sexual conquest.  By the time I died a so-called hero, I had become the Confederacy’s poster boy and was anointed a veritable “prince of the South.” In truth, I was a deeply flawed young man struggling with my own demons—some of the same demons that are still afflicting America today.