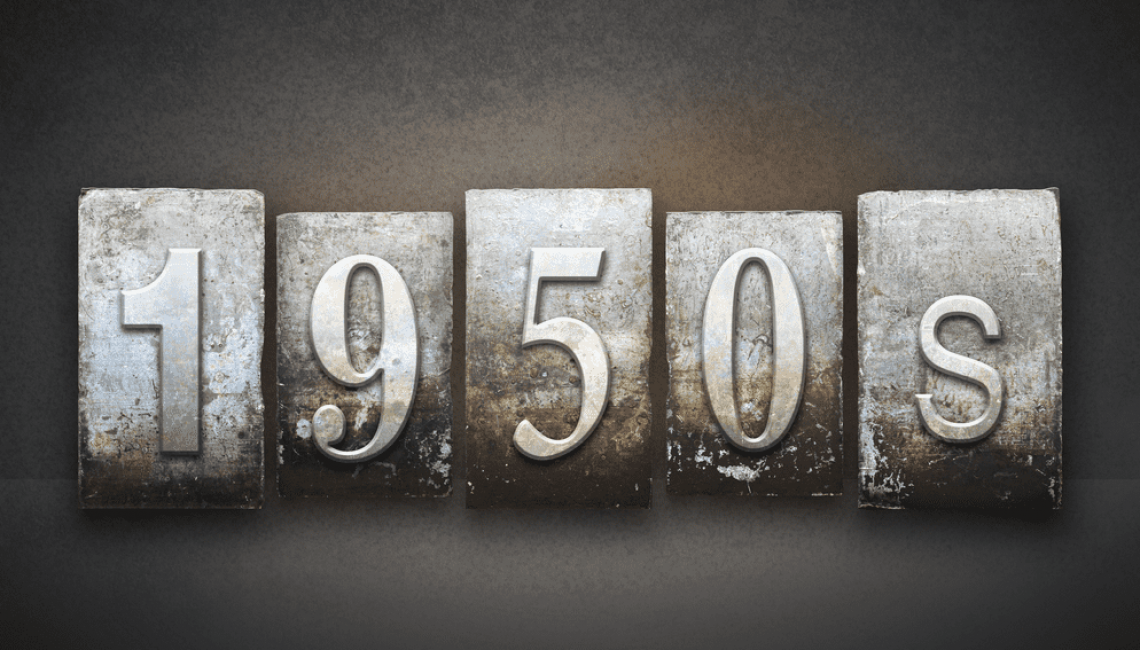 Guess what, yet another poll was released that asked Americans if they think the country is on the right track.  An overwhelming majority said it isn’t, but not surprisingly, Republicans are much more likely to be unhappy with the direction the country is heading than are Democrats, with independents in the middle.  But what really struck this humble sprit was that Republicans said America was a better place in 1950 than it is today.  In other words, they long for a time that was over seventy-five years ago!  I’ve postulated before that MAGAs don’t want to live in the modern world and will do everything they can to avoid it, but their honesty in that regard really brings it home.

These people are living in a fantasy of yesteryear (what do you expect from people whose motto is “Make America Great Again”?) and willing to bring down the whole country in an effort to make it reality. The fact is, 1950 wasn’t all that good.  Putting aside that America was at the height of the “Red Scare” and McCarthyism, fighting a terrible war in Korea, and Jim Crow still dominated much of the land, 1950 simply wasn’t what these people envision. (I say “envision” because anyone who remembers 1950 is at least in their late seventies, which is a relatively small portion of the population.)

At the top of the list, life expectancy was over ten years less than it is today, leaving most people with very few retirement years to enjoy.  Among the multitude of contributing factors, too many people smoked like chimneys and died horrible deaths from heart disease, lung cancer and COPD, all made worse by not having access to the drugs or medical care we have today.  In the meantime, automobiles were rolling, pollution spewing death traps with terrible tires and brakes, as well as no seatbelts, airbags, or safety glass.  Additionally, in 1950 we had no air-conditioning, computers, internet, or cell phones, and indeed, many people didn’t even have indoor plumbing.  I hope I’ve made my point.

MAGAs Long for a Time When They Were Happy and Safe.

Part of the reason for MAGA nostalgia is that they are distinctly not feeling happy and safe today, and it’s clearly the result of the usual suspects, the “browning” of America and our transition to a high-tech, information-based economy. The blissful fantasies portrayed in television shows like “Little House on the Prairie” (talk about no indoor plumbing!) and “Happy Days” reveal the problem.  In reality, if the plains Indians hadn’t been driven onto reservations by the United States Army to make the prairie safe for white settlers, there would be no “little house” inhabited by a mythologized, idealized white family.  And is there any question that a white television audience believed the era portrayed in “Happy Days” was happy because it depicts a time before the Civil Rights era, including the Civil Rights Act of 1964 and the Voting Rights Act of 1965, not to mention America’s omnipotent self-image getting vanquished in Vietnam.  Above all, in 1950 a WHITE MAN could support a family in a comfortably middleclass lifestyle with a job that didn’t require a college education.  Yes, in 1950 most men were the sole breadwinner responsible for their family’s welfare, something that represents a big loss for many MAGA men today.

As someone who lived in the mid-nineteenth century, a part of me is sympathetic to their desire to return to another time and place, but this humble spirit has long since resolved that it’s better to live in the present (even if I have been dead over 150 years)—and these living, breathing people should do the same.